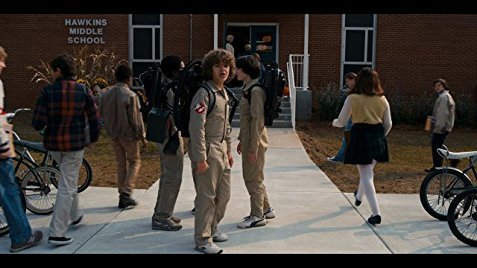 Note: South Park, a program made by the creators of The Book of Mormon musical, has referenced the Church several times—most famously during their episode "All About Mormons," which poked fun at some aspects of early Church history. This particular scene is not from that episode, but the clip does appear at the beginning of the Church documentary Meet the Mormons.

When a confused group of souls end up in hell after their death, they interrogate the "Hell Director" about why their religious beliefs didn't get them into heaven. 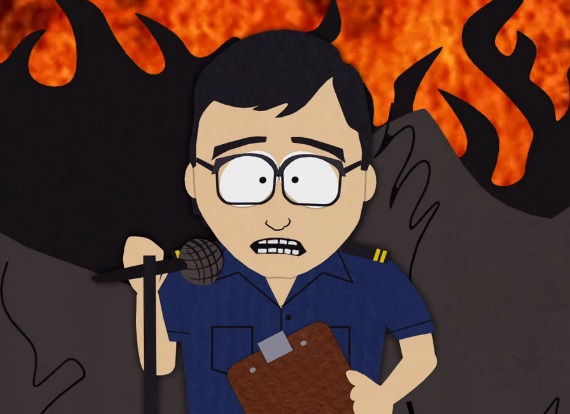 Hell Director: Can everybody hear me? I'm the Hell Director. It looks like we have about 8,615 of you newbies today, and for those of you who were a little confused, you are dead, and this is hell—so abandon all hope and yadda, yadda, yadda. We're now going to start the orientation process, which will last about . . . "

Man #1: [Indignantly] Hey, wait a minute! I shouldn't be here! I was a totally strict and devout Protestant, I thought we went to heaven!

Man #2:  I was a practicing Jehovah's Witness!

Hell Director: You picked the wrong religion as well.

Man #3: Well, who was right? Who gets into heaven?

Hell Director: I'm afraid it was the Mormons. Yes, the Mormons were the correct answer.