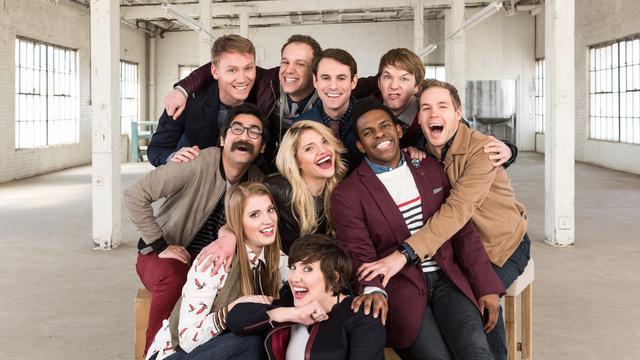 There's so much more to Studio C than hilarious and fun comedy. And LDS Youth will be able to find out how their faith influences these famous Mormons on October 19.

Youth will be able to ask the cast of BYUtv’s comedy show Studio C questions before and during a live event hosted by The Church of Jesus Christ of Latter-day Saints on October 19, 2016. All 10 cast members, who are members of the Church, will participate with two youth hosts in the worldwide broadcast, which will be available on the LDS Youth YouTube channel beginning at 6:00 p.m. Mountain Daylight Time.

Youth will see examples of how they can have fun and still maintain Church standards and feel motivated to use their individual talents and personalities to be a positive influence in the world.