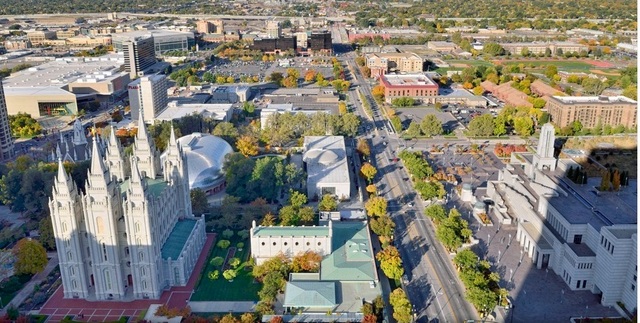 "The Atlantic": How a Mormon Church-Owned Website Defeated Craigslist in Utah

It's rare to see Craigslist rivaled anywhere in the world, but that's what's happened in Utah, Idaho, and Wyoming, where KSL Classifieds is the go-to site for buying and selling. A large part of the site's appeal is that it stays family-friendly and promotes good values.

The familiar lament goes like this: Newspapers once enjoyed monopolies on classified ads, the “rivers of gold” that subsidized their whole operation. Then came Craigslist—web-based, sometimes sketchy, but free!—and, well, that was that. The site expanded. Newspapers collapsed. Across the country, Craigslist became our default place to buy and sell used stuff online.

And yet, there is one place in America where that is not so.

In Salt Lake City, Craigslist is an afterthought. If you want to buy or sell a car or a cow or a hot tub in Salt Lake City or in one of the nearby towns in Utah, Wyoming, or Idaho, you go to a local website called KSL Classifieds, which takes its name from local television and radio stations owned by an arm of the Mormon Church.

KSL Classifieds works pretty much the same as Craigslist. The typefaces are a bit more modern and user profiles more structured, but there’s only so much formal innovation in online classified ads. It’s a bunch of listings with some photos.

Among several KSL Classifieds posters I talked to on a recent afternoon were: a young mother selling 2,000 ounces of extra breast milk (“I bought my wedding dress, my wedding ring on KSL—literally, we use it all the time—our couch and our TV”), a retiree who assembles and sells beehives as a hobby (“I get more responses from KSL than Craigslist—quite a bit, probably three- or four-times more”), and a man selling eggs from his backyard chickens (re: Craigslist, “I don’t even know the concept. I don’t know how it works or anything”). By and large, people in Utah use KSL Classifieds because it’s what everyone else uses.

So how did KSL Classifieds become what everyone else around Utah uses? Like most business stories, it’s good timing and connections. And because it’s Utah, it of course involves the Mormon Church.