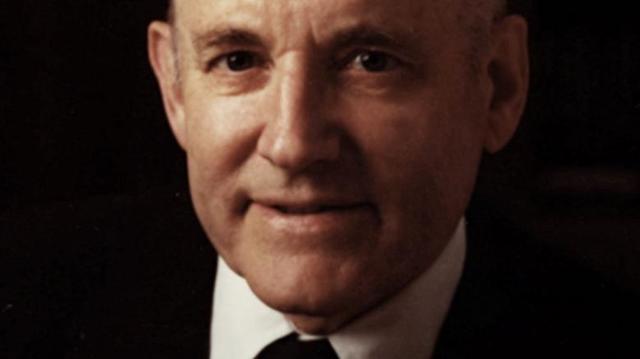 "The Atlantic" Quotes President Howard W. Hunter (+ How His Words Are Needed Today)

You wouldn't expect to see Mormonism mentioned in an article detailing the effects of an Arab-Israeli war fought half a century ago. But in a recent article from The Atlantic commemorating the 50th anniversary of the Six-Day War, Mormonism isn't only mentioned; it's one of the main focuses.

The Atlantic details how this conflict not only changed politics in the Middle East, it changed religions, even those half a world away in the United States.

"Mormons have long been fond of Jews," writes Amber Taylor, a doctoral candidate in Near Eastern and Judaic Studies at Brandeis University. "Ever since 1840, when the Mormon prophet Joseph Smith sent one of his foremost apostles to Jerusalem to dedicate that land for the return of the Jewish people, Mormons eagerly watched the growth of Zionism from their own Utah Zion. In 1948, many Mormon leaders hailed the creation of the Jewish state as nothing less than miraculous fulfillment of prophecy, both ancient and modern."

In fact, in October 2016, Elder Jeffrey R. Holland met with Jewish dignitaries from the United States in Jerusalem to celebrate the 175th anniversary of when Elder Orson Hyde climbed the Mount of Olives to dedicate the land for the Jewish people.

Despite Mormons celebrating these events, even today, Taylor explains how the Church throughout the '50s and '60s worked to support Palestinian refugees and orphaned Arabs. Even then, Mormon ties to the Jewish people held strong.

Taylor continues: "In 1979, Mormon apostle Howard W. Hunter chided church membership for its 'personal prejudices,' insisting that 'both the Jews and the Arabs are children of our Father. They are both children of promise, and as a church we do not take sides.' Some years later, two prominent Jerusalemite Mormons offered further commentary: 'To the extent that we look with sympathy and understanding at both sides, we can be an influence to help bring about a just and lasting peace.'”

Taylor, who attended the BYU Jerusalem Center in 2000, notes that the center itself demonstrates the Church's neutrality, with equal parts of the program in Arab territory and Israeli territory and with classes taught "in equal measure" by both Jewish and Palestinian instructors.

► You'll also like: How the BYU Jerusalem Center Nearly Caused the Collapse of the Israeli Government

However, with more recent conflicts and the political turmoil in the Middle East today, it's just as important to remember President Howard W. Hunter's words when he was an apostle: "Both the Jews and the Arabs are children of our Father. They are both children of promise."

Though Taylor realizes most Mormons sympathize with Jewish Israelis, she holds to the "conviction that Mormons’ presence [in Jerusalem] will positively influence history and bless the lives of all God’s children."