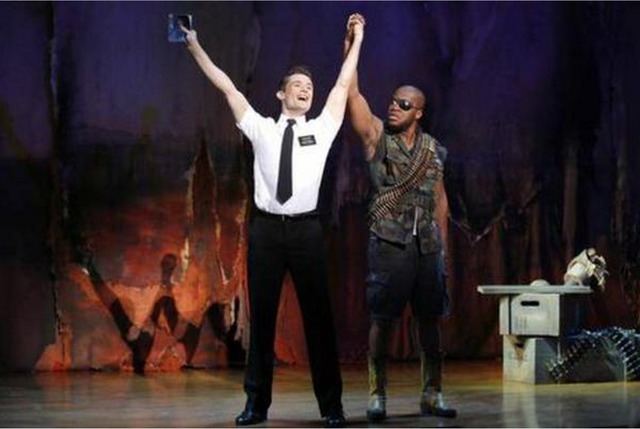 'The Book of Mormon' Musical Arrives in Salt Lake, Blocks from Temple Square

MR says: It's opening week for 'The Book of Mormon' musical in Salt Lake, and it's still uncertain how Utahns will respond.

This week, the Broadway musical that skewered Mormonism on its way to nine Tony Awards opens just blocks from Temple Square and the headquarters of The Church of Jesus Christ of Latter-day Saints.

"The Book of Mormon" national tour begins a two-week run at Capitol Theatre in Salt Lake City on July 28.

The musical is well-documented as being irreverent, vulgar and profane. In addition to sexual dialogue and explicit language, including one song title with an English translation that can't be printed in a mainstream newspaper, "The Book of Mormon" plays its targeted faith for laughs. In the years since the musical opened, some commentary has addressed the appropriateness of lampooning religion and culture in such a manner.

"The Book of Mormon," however, has received overwhelming acclaim from audiences and critics. Now, as the controversial musical opens in the heart of Mormonism, here's a look at how "The Book of Mormon" rose to prominence and how observers around the country — and the LDS Church itself — have reacted.