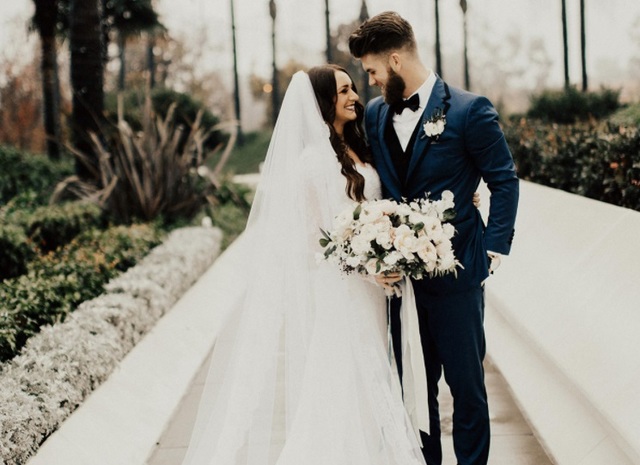 Recently, the national wedding website TheKnot featured Bryce Harper and Kayla Varner's elegant wedding, complete with a reception held in a barn they constructed on a polo field just for the event.

In addition to talking about the rustic ambiance, the couple's adorable first look, and the fact Harper "cried all day long" according to Kayla, The Knot also featured the couple's religion and the sacredness of weddings inside LDS temples:

► You'll also like: Viral Video—You've Got to See Bryce Harper's Reaction to Seeing His Bride on Their Temple Wedding Day

As practicing Mormons, the couple sought to seal their marriage within a Church of Latter-day Saints-approved temple. “I dreamt of being sealed in the San Diego Temple, and Bryce agreed that this was the right place for us,” Varner says. Mormon couples who want to marry in an LDS temple must first receive permission from a bishop. Once approved, the bride and groom will then partake in a ritual typically only open to LDS members known as the “Sealing Ordinance.” There are no personalized vows, ring ceremonies, or traditional “walks” down the aisle. Instead, there’s faith, spirituality and intimacy.

“Religion was obviously the most important part of our marriage,” says Varner. “The temple marriage is very sacred. Our religion is very private, and only certain people can attend the ceremony. So it was really nice to just enjoy that with our immediate family.”

While some of The Knot's characterizations of LDS temple weddings weren't entirely accurate, it's encouraging to see it focusing on the "faith, spirituality, and intimacy" of LDS temple sealings.

Lead image from The Knot

Read the rest of this story at theknotnews.com