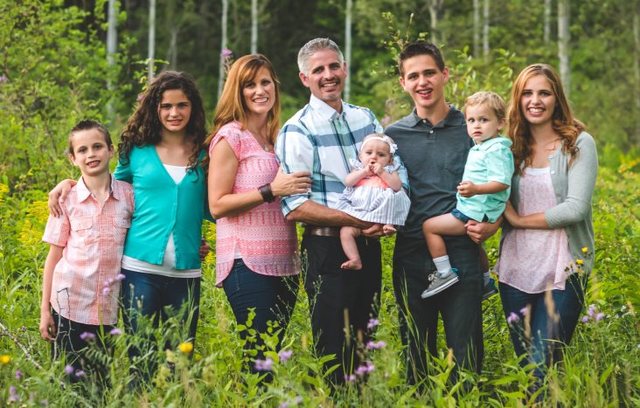 JoAnn Severson knows what's it's like to be busy. With six kids, many of whom are teenagers, Severson's schedule can be a little unpredictable.

Despite this, she felt she could be doing something more to help refugees.

A descendant of Mormon refugees, Severson felt a desire to help others the same way her ancestors had been helped in the past.

"I think people don't realize they’re only one step away from being refugees themselves," she says.

She turned to Google to find out how she could make a difference and found out many refugees were processed in her hometown of Austin, Texas.

Finding the hours to be flexible and with two of her youngest children in tow, Severson decided to volunteer at the Refugee Services of Texas last fall and to give refugees rides from the airport to their new apartment or the social security office.

Since then, Severson has helped refugee families about twice a month. She and her family even took a family on a tour of Austin on Christmas Eve to help them get oriented to the city.

"The little girl from the family, she was only seven and she had been here six weeks and was fluent in English already, which was amazing," Severson says. "I said we were having a picnic at the park and I was telling her to tell her parents and she says, 'Oh is it pizza? I dream of pizza, I had it one time.' So my husband and I are calling around on Christmas Eve trying to find a Domino's that's open and so we found a Domino's that could make a lot of pizzas really fast."

The result of this kind of service has brought priceless lessons in gratitude for herself and her family, Severson says.

Once, when Severson and her husband were driving a refugee family to the social security office, her husband pointed out the building he works in, learning a lesson of appreciation in the process.

"My husband pointed out the window as we were driving around showing them Austin and he said, 'That's my office over there,' and the little girl said, 'Oh my dad said he would give anything to work there because that's the best job,' and then my husband got a little chagrined when he complained about his job."

Her family also engages in the "universal language of soccer," with her children playing the sport with the children of refugees.

And her family is not the only one in Austin increasing their efforts to help refugees. Severson says she's seen more and more people contributing volunteer efforts after last general conference as well.

"I was like, well when the Mormon prophet tells the Relief Society something needs to be done, we get it done," Severson chuckles.

Though Severson doesn't have much time to spare, she says helping refugees doesn't mean you have to change your lifestyle. Just helping one person could make all the difference.

“The really small things are better than nothing,” she says.

Mormon Life Service RefugeeService,Refugee,Mormon Life
Comments and feedback can be sent to feedback@ldsliving.com