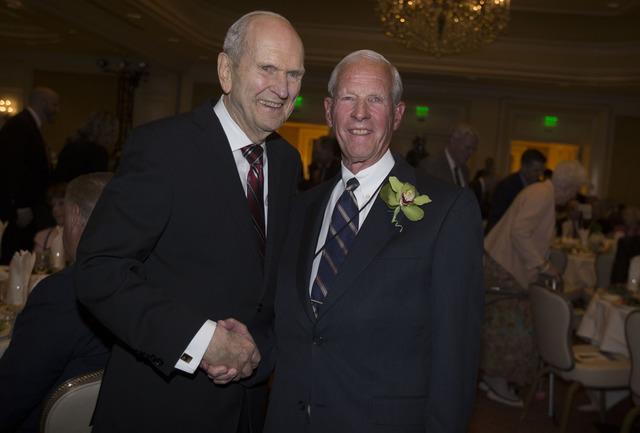 President Russell M. Nelson applauded Dr. Donald Doty and his wife, Cheryl Doty, for their nine years of service overseeing the health of LDS missionaries. "They deserve our deepest gratitude and highest praise for their devoted service to this profession, and to all of God’s children across the globe," he said.

Dr. Donald Doty was ready to ease into retirement after a long career as a cardiac surgeon when the plan abruptly changed years ago.

The Church of Jesus Christ of Latter-day Saints called him and his wife Cheryl to oversee the health of the faith's missionaries worldwide — a post that at times took them to far reaches of the globe before their service wrapped up in 2013.

"The reason we took the job is because we were called to do it," Doty said in an interview aired Thursday at a gala honoring the couple.