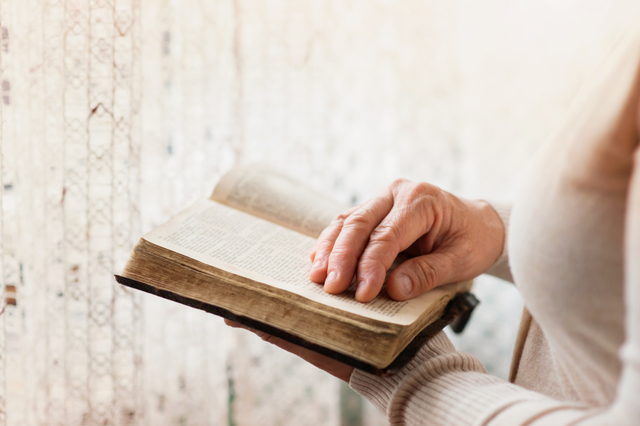 Three Women Ancestors of Christ Who Saved Their People

As God was organizing the earth, He paused at the end of each creative period to announce, “It is good.” He had created light, water, mountains, valleys, plants, fish, birds, and animals. He had given Adam dominion over all the earth. But as God admired His most recent creation—Adam—He observed, "It is not good (Gen 2:18). Of course, he wasn’t referring to His creation of man, but to the fact that something was still missing. That “something” was Eve.

So God made a companion for Adam, calling her a “help meet for him,” according to the King James Version of the Bible (Gen 2:18). Traditionally, this phrase has come to be interpreted as meaning a servant or helper, suggesting that Eve was inferior to Adam. However, a closer look at the phrase as it is written in the original Hebrew Bible casts new light on the very nature and calling of women.

There the phrase is written ezer kenegdo, which means much more than our modern understanding of “helper.” “The verb azar, from which the noun ezer derives, means to succor, … to save from extremity, … to deliver from death” (Terrien 1985. 2004, 10). Ezer is most often used in the Bible in reference to a king, an army, or even to God Himself. Thus the word connotes superior benevolence or godly help from above, not inferiority or servitude. Woman is meant to be a benefactor, a rescuer, and a savior. In fact, the authors of Eve and Adam: Jewish, Christian, and Muslim Readings on Genesis and Gender contend that the word ezer should be translated as ‘power’ and [coupled with the adjective kenegdo] the verse should read: ‘a power equal to him’” (Kristen E. Kvam 1999, 28). The women who are identified in the Bible as direct ancestors of Jesus Christ are ezers as well. Each demonstrated courage, intelligence, and valor as she took charge of her life. Here are just a few of them.

As the “mother of all living," Eve is the first of the matriarchs in the lineage of Jesus Christ. She possessed many heroic qualities that added to His heritage. When Eve reached for the fruit of the tree of knowledge of good and evil and then shared the fruit with Adam, she did so as an ezer, not as a temptress or as a sinner. The principles of choice and accountability were introduced from the very beginning, when God gave His commandment not to eat the fruit, adding, “Nevertheless, thou mayest choose for thyself.”

Eve chose to partake of the fruit because of the promise that she would become knowledgeable “as the gods.” She accepted the consequences of death, sorrow, and pain because she knew it was the only way to become fully mortal and bring children into the world. God Himself confirmed the rightness of Eve’s action when he said, almost triumphantly, “Behold, the man [and woman] is become as one of us, to know good and evil” (Genesis 3:21). This was a reason for celebration. Becoming more like God should be seen as a step up in existence, not a fall downward.

But even in our celebration of Eve’s noble character, we should realize that she was mortal and imperfect, as are we. In fact, she was the first to transgress the law that brought mortality into this world. But through the atoning sacrifice of her perfect descendant, Jesus Christ, she will be redeemed. Because of her choices, we are all given the chance to progress and become more like God.

Rahab is a good example of a rescuer and savior. Described as a harlot living in the worldly crossroads city of Jericho, she nevertheless felt the Spirit of God when she met the Israelite spies who were sent by Joshua to scout the Promised Land. Shortly after meeting them, she bore a fervent testimony that may have come from the light of Christ that dwells within each of us: “The Lord your God is God in heaven above, and in earth beneath” (Deut 4:39). Although the spies had been warned to make no covenants with the residents of Jericho (Deut 7:2), they trusted this woman who had protected them and promised to return for her if she held a scarlet thread outside her window as a sign that she was still waiting for them. Rahab was literally an ezer, saving the lives of the men of God by hiding them on her rooftop and rescuing her own family from destruction by sharing her faith with them.

Rahab provides a powerful example of risk taking, sacrifice, promise, and redemption. Some people are hardened by sin, others are humbled and softened when they finally recognize it in themselves. This humility makes them open to the influence of the Spirit.

Like the woman Jesus would meet at the well in Samaria, Rahab's spirit was humble and open. Even when the Israelite spies expressed distrust, she was not offended. She persevered to get what she desired—safety in this life and redemption in the next. The scarlet line the men gave her suggests the scarlet blood of Christ and the lifeline He provides. Rahab accepted this scarlet thread, and in so doing, she would become an ancestor of Jesus Christ through her marriage to Salmon. She remained with the community of the Israelites for the rest of her life. Her son Boaz would be the great-grandfather of King David, and the husband of another fascinating ancestor of Jesus: Ruth.

When Ruth declared tenderly to Naomi, “thy people shall be my people, and thy God my God,” she could not have known how far-reaching those words would be (Ruth 1:16). Through Ruth, an entire people that had been cut off from the Abrahamic covenant would be restored to the ancestral lineage of Jesus Christ.

Ruth risked more than homesickness when she chose to accompany her mother-in-law, Naomi, to Bethlehem. As a Moabite, she knew the Israelites harbored a particular resentment toward her people. Moab had been the son of Lot and his own daughter, born as the result of an incestuous relationship that was abhorrent to the Israelites (Gen 19:30-38). Adding to the Israelites’ disgruntlement, the Moabites had obstinately refused to sell food and water to the Israelites as they passed through Moab during the exodus from Egypt (Deut 2:26-30). In fact, Naomi and Elimelech had violated the Mosaic Law when they allowed their sons to marry Moabites Ruth and Orpah (Deut 23:3-5). Ruth could expect more resentment than friendship as she made her way toward Bethlehem, and this makes her loyalty toward Naomi that much more poignant.

Nevertheless, the sting of that resentment would be soothed by the healing balm of kindness expressed by nearly every character in this story. In fact, “kindness” is its underlying theme. Naomi prayed that the Lord would “deal kindly” with her daughters-in-law because they had “dealt kindly” with her sons. Ruth sought grace as she went into the fields to glean, and she found that grace in Boaz, who had heard of the kindness Ruth had shown to Naomi.

In return, Boaz continued to extend kindness to Ruth throughout the harvest season, causing Naomi to exclaim, “Blessed be he of the Lord, who hath not left off his kindness to the living and the dead” (Ruth 2:20). Boaz equated kindness with virtue when he said to Ruth, “Blessed be thou of the Lord, my daughter: for thou hast shewed more kindness in the latter end than at the beginning, … for all the city of my people know that thou art a virtuous woman” (Ruth 3:10-11). Again and again the word is used, wiping away sorrow, wiping away hurt, wiping away sin.

Like the story of Rahab, the story of Ruth is also a story of redemption—the redemption of an entire people. The Moabites had been scorned by the Israelites and cut off from the blessings of the Abrahamic covenant, but through the marriage of Ruth and Boaz, Moab would be reabsorbed into the larger family of the Israelites. Three generations later, the Moabites, who had once refused to sell water and bread to the Israelites, would provide safe haven for the parents of King David (1 Sam 22:3). Yes, Ruth had been right when she said, “Thy people shall be my people, and thy God my God” (Ruth 1:16). She too was an ezer.

These strong women provided examples that would influence the life of the Savior of the world by influencing the woman who bore him. Mary did not raise Jesus entirely by herself; she had the wisdom of the matriarchs to help her. The women who form the maternal lineage of Jesus Christ were ezerim kenegdo—rescuers and saviors who made wise choices that helped guide their posterity toward righteousness.

Find out more about Christ's maternal ancestors by picking up Matriarchs of the Messiah by Jo Ann Skousen. Available now at Deseret Book and deseretbook.com.