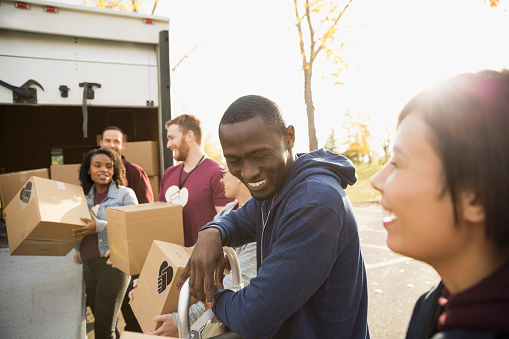 "USA Today" Notes Utah, with Its "High Mormon Population," Is the Most Charitable State in the Country

From the black name tags of missionaries and the Book of Mormon to stunning temples and our belief in eternal families, Mormons are known for a lot of things.

Most recently, USA Today noted that Utah, a state with "a high Mormon population" is the most charitable state in the country for 2017.

The findings, which were gathered from a report from WalletHub, define charitable as "volunteering and service” and “charitable giving" and used data from the U.S. Census Bureau, U.S. Department of Housing and Urban Development, Internal Revenue Service, Feeding America, and Gallup.

This isn't the first time Mormons have been credited with being charitable. In 2012, a Pew Research study found that 73 percent of Mormons believe that working to help the poor contributes to being a "good Mormon" and, on average, Mormons give nine times as many hours (36 hours a month) to volunteer work.

So it's no surprise that Utah, with its high population of Mormons, topped WalletHub's list as the state with the highest volunteer rate, volunteer hours per capita, share of aggregate income donated to charity, and share of the population who claim to have donated time.

Maryland and Minnesota followed Utah for second and third on the list while Hawaii was ranked the least charitable state, ranking 49th overall for volunteering and service and 44th for charitable giving.