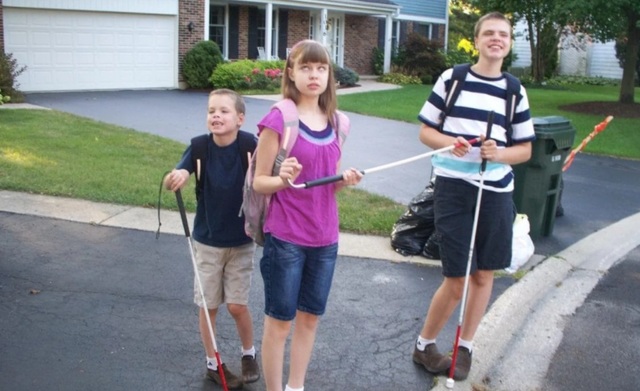 What a beautiful example of how this family lived their faith during such a tragic time: "Her father pulled out the Book of Mormon and read about the paradise where they believed she had gone."

Years of suffering — and months of struggling with the decision to end it — had brought them here: To a bright white living room where three of their children lay side by side by side, waiting to die.

Les and Celeste Chappell loved the children, of course, and the thought of letting them go was excruciating, but holding on was just as painful.

The children — Christopher, 20; Elizabeth, 19; and James, 15 — had been ravaged by a ruthless neurological disorder that, over the years, had stolen their ability to see and to swallow, to move and to remember. Life support was only prolonging the inevitable.

So one Thursday in July, at their home in Springville, Utah, the parents braced themselves for what would become a long weekend of death.

Three hospital beds were set up in the living room with the cathedral ceilings and high-reaching windows that let in the streaming sun.