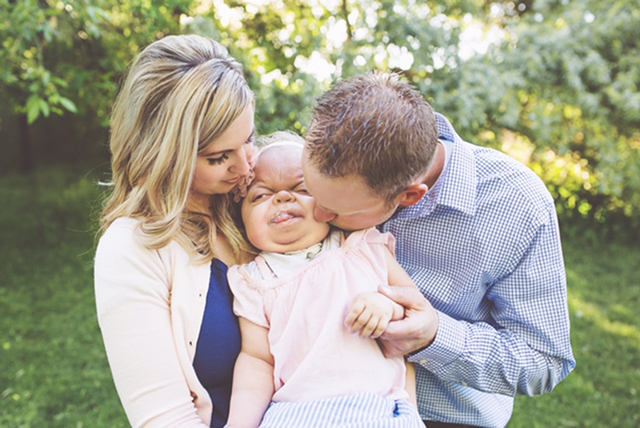 "We Fought for Her": "People" Features LDS 4-Year-Old Who Defies the Odds

“Every day is a gift, but she’s 4 now, and we never thought we’d be here. Who’s to say we can’t double that this year?” said Candace Burr.

When Brielle Burr turned 6 months old, her parents, Ryan and Candace Burr of Taylorsville, Utah, threw her a party because everyone told them that their daughter would never live to celebrate her first birthday.

Born with Beare Stevenson syndrome, a rare disorder that causes premature fusing of the skull, blockage of the nasal passages, brain growth issues and a furrowed appearance, Brielle would be lucky to live several months, let alone a year, doctors told the Burrs in 2013, when she was only 1 day old.

Four years later, now that Brielle recently celebrated turning 4, “we hope to continue beating the odds,” Candace, 31, tells PEOPLE. “In spite of all her challenges, Brielle has shown feistiness and spirit from the very beginning. Her positive attitude helps everyone who meets her to realize that they have nothing to be negative about.”