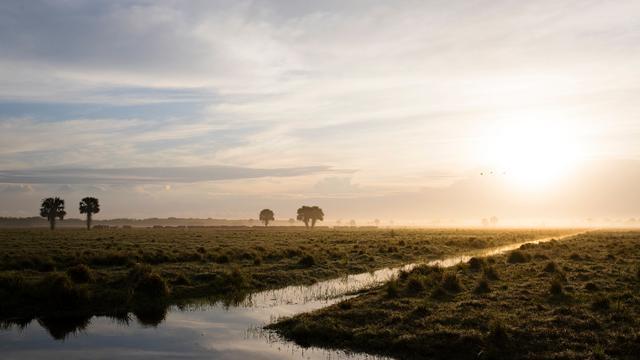 ​What the Church Is Doing with 300,000 Acres Near Disney World

In the shadow of Disney World, Harry Potter World, and rocket launches to outer space, the Church owns close to 300,000 acres of land so diverse, it contains over 350 species.

Long before the Orlando International Airport, the Space Coast (the area around Kennedy Space Center) and Disney World were on the map in central Florida, a cattle ranch and agricultural operation with Mormon ties was working to protect Florida’s ecosystem.

Deseret Cattle and Citrus, owned by The Church of Jesus Christ of Latter-day Saints, has been going strong for 65 years. This commercial farming and ranching operation is situated on about 295,000 acres in parts of three Florida counties between Orlando and Melbourne.

Early on, Deseret managers came to see themselves as land and natural resource caretakers, not just cattle ranchers and citrus farmers. Being “resource right” has been a guiding principle in ranch operations for decades. Ranch general manager Erik Jacobsen puts it this way: “We operate in a natural system. Because we are in a natural system, Mother Nature kind of requires you to operate in a way that’s sustainable.”