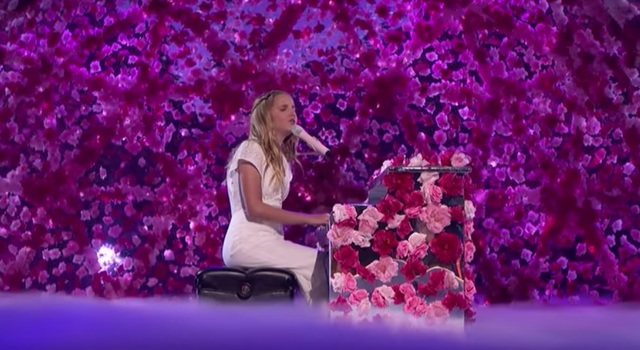 As soon as Evie Clair finished her cover of “Yours” by Ella Henderson on the America's Got Talent semifinals, judges Simon Cowell and Heidi Klum were on their feet giving Evie a standing ovation.

On September 2, Evie posted an update about her father on Facebook, asking for prayers as his condition worsens as he continues to battle stage 4 cancer.

In an interview with Parade, Evie bore her testimony, saying, "We know that is all part of a bigger plan and everything is going to be all right,” adding she would use the $1 million prize money if she won the show to help her dad fight for his life.

These new developments made judge Mel B's comments during the semifinals even more poignant: “I think we forget you’re already going through so much so I have to commend you on your courage and your confidence. Your voice is beautiful, you look beautiful and yes, your dad is so, so proud of you. I hope America votes for you.”