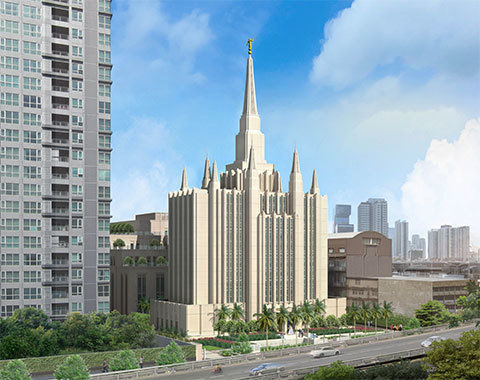 Before leaving Bangkok during his tour of Asia, President Hinckley addressed a congregation of more than 2,600 members in 2000. During his remarks, he mentioned the first time he came to the country in 1961 when there were only a handful of members in the country. In 1966, he returned to dedicate the land of Thailand for the preaching of the gospel.

"We prayed that the Lord would smile upon this land, that He would touch it by the power of His Holy Spirit, that the way would be opened for missionaries to come here, that the faithful would accept the truth, and that the Lord would do a great and good work here," he said, according to ldschurchtemples.com.

During his address, President Hinckley promised the Saints the Lord would bless them with a temple if they were faithful. "The Lord expects so very, very much of you. He expects you to be the best people in all of Thailand, and you ought to be because you have a knowledge of His everlasting truth," he said.

On April 5, 2015, the announcement was made that there would be a temple built in Thailand. As of now, the temple is still in the planning phases and there is not yet a rendering of what the temple will look like.

While visiting the Saints in Nairobi on February 17, 1998, President Hinckley addressed more than 900 members from the surrounding areas from a conference room at his hotel.

Many had traveled from other countries in Africa to see the prophet, and others had sent representatives to relate back to their LDS communities what the prophet had said, according to ldschurchtemples.com.

During his address, President Hinckley said, "There isn't the slightest doubt in my mind that the time will come if you will walk in faith and patience that a temple will be built in this land to serve the needs of this people. Now, don't count on it for a few years . . . but it will be so."

On April 2, 2017, President Thomas S. Monson announced that there would indeed be a temple built in Nairobi, Kenya. The temple is still in the planning phase and there is no rendering of what the temple will look like as of yet. 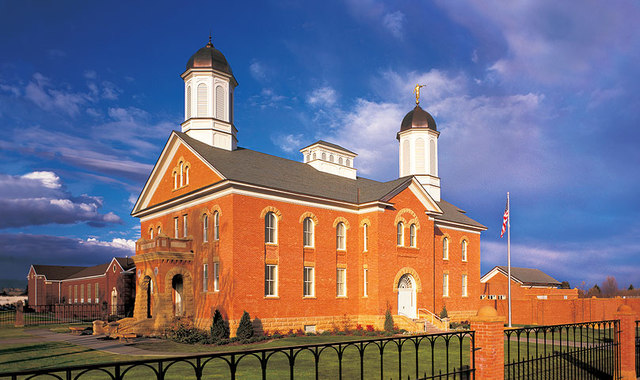 The Vernal Utah Temple was the first temple to be built from an existing building, the Uintah Stake Tabernacle. While at the dedication of the tabernacle in 1907, President Joseph F. Smith told the congregation in attendance he "would not be surprised if the day would come when a temple would be built in your own midst here," according to ldschurchtemples.com.

In 1993, the idea to convert the tabernacle into a temple was proposed to the First Presidency and the announcement for the Vernal Utah Temple was made on February 13, 1994. The dedication was November  2 to 4, 1997. 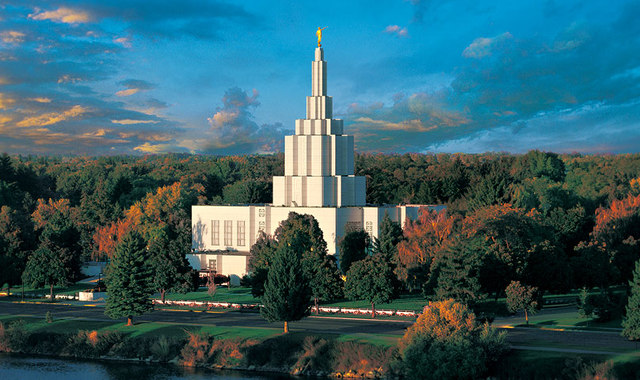 While struggling to colonize the desert prairie of the Idaho Falls area, the Saints were uplifted by President Wilford Woodruff, then an apostle in 1884. He told Saints in the area "be not disheartened because God's blessing is upon this land" and "as I look into the future of this great valley, I can see temples—I can see beautiful temples erected to the name of the Living God where holy labors may be carried on in his name through generations to come," according to ldschurchtemples.com.

The Idaho Falls Idaho Temple is considered a fulfillment of that prophecy, and the design was even inspired by a vision architect John Fetzer, Sr. had of an ancient Nephite temple after he prayed for guidance.

The temple was announced March 3, 1937, and was originally dedicated by George Albert Smith on September 23 to 25, 1945. Currently, the temple is closed for renovation and is scheduled to be rededicated June 4, 2017. 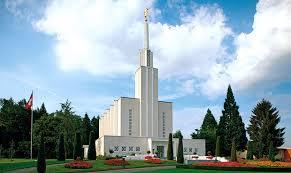 The Bern Switzerland Temple was the fulfillment of a prophecy made by President Joseph F. Smith as he visited Zurich, Switzerland. During his visit, President Smith said, "the time would come when temples to the Most High would be built in various countries of the world," according to ldschurchtemples.com.

The year was 1906 and, at the time, there were only four operating temples in the world, and none of them were outside of Utah. Later, President George Albert Smith would also prophesy of temples built outside the U.S. "I have no doubt in my mind that temples of the Lord will be erected in Europe, none whatever. How soon that will come I do not know. It will not come until the spirit of peace has increased among the people of Europe," he said, according to ldschurchtemples.com.

For more information about temples, check out ldschurchtemples.com.