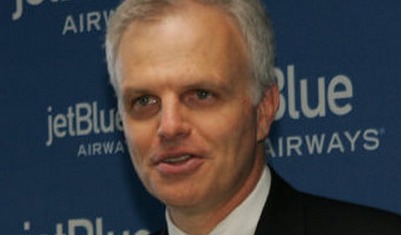 Members of The Church of Jesus Christ of Latter-day Saints are known for being honest, philanthropic, goal-driven, successful people — a perfect combination for business success. Over the years, dozens of Mormons have made significant contributions to business and started their own corporate powerhouses. Here are 10 powerhouse businesses owned, founded or headed by LDS people.

Mormon David Neeleman founded JetBlue in 1999, though it was called “NewAir” at the time. He is no longer the CEO of the company, but during the almost decade he spent at the helm of the company, he was known to sit on the back row of his company’s planes, which had seats that didn’t recline, when traveling to demonstrate that serving the customer was more important that serving the CEO. He launched a new Brazilian airline called Azul in 2008.

Marriott International was founded by Mormon J. Willard Marriott and is now led by his son, Bill Marriott. The hospitality company has more than 4,000 properties in more than 80 countries and territories. Each Marriott hotel room has a Bible as well as a copy of The Book of Mormon, and in 2011, the company announced that pornography would not be offered as entertainment in new hotel rooms.