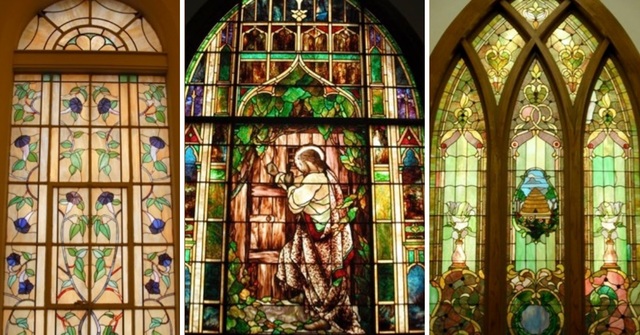 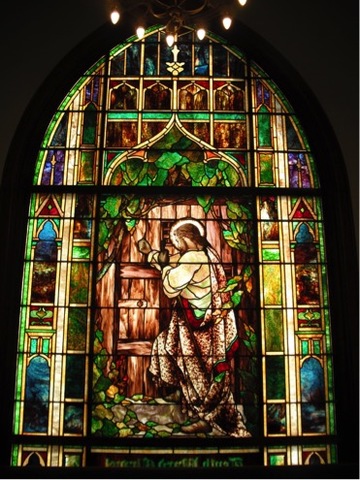 The Tenth Ward chapel was constructed in 1909 and has been meticulously preserved. President Gordon B. Hinckley attended this chapel as a young man and fondly remembered gaining a strong spiritual testimony of the Prophet Joseph Smith there.

The chapel has over 40 stained glass windows, but the most impressive is found at the back, where there is a breathtaking illustration of the Savior knocking at the door. Many other Latter-day Saint chapels have windows depicting the Savior. In Millcreek, one chapel enjoys two windows depicting Christ as the Good Shepherd, and in Murray, Utah, Christ stands with His arms open above the words “Come Unto Me.” 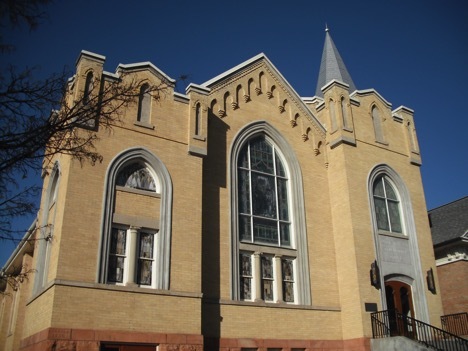