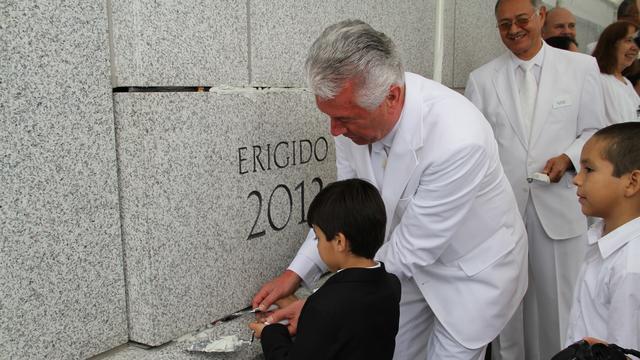 10 Temples and the Amazing Treasures in Their Cornerstones 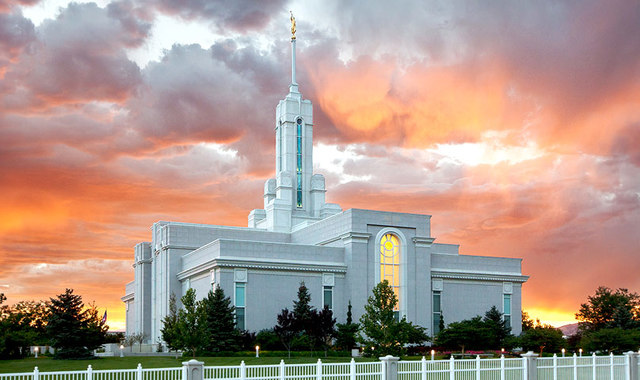 President Gordon B. Hinckley dedicated the Mount Timpanogos Utah Temple on October 13, 1996. The beautiful temple was the second temple built in Utah County, following the Provo Utah Temple in 1972.

Included in the time capsule are two books by President Hinckley, brochures about the temple, and samples of the original wall coverings and wood moldings used in the temple. According to Utah Valley 360, the capsule also includes pictures of the general authorities and local temple committee. 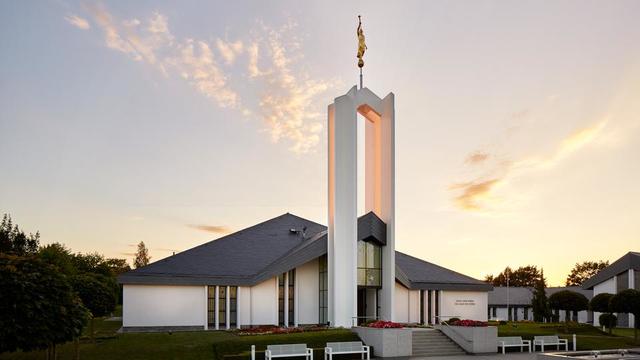 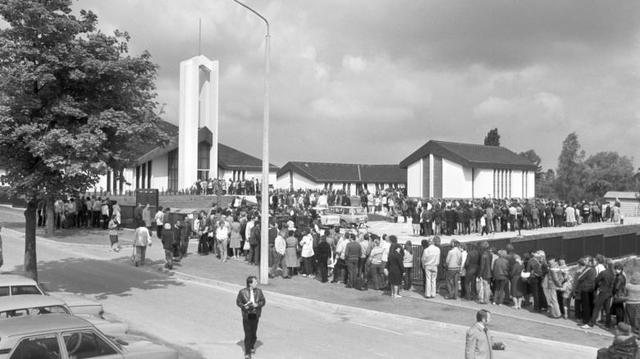 The Freiberg Germany Temple was the first temple built in a communist nation, and members and nonmembers alike now enjoy the historical edifice and beautiful grounds. Since the temple has been dedicated and rededicated, the historic copies of the 1985 and 2002 dedicatory prayers have been added to the temple's time capsule. 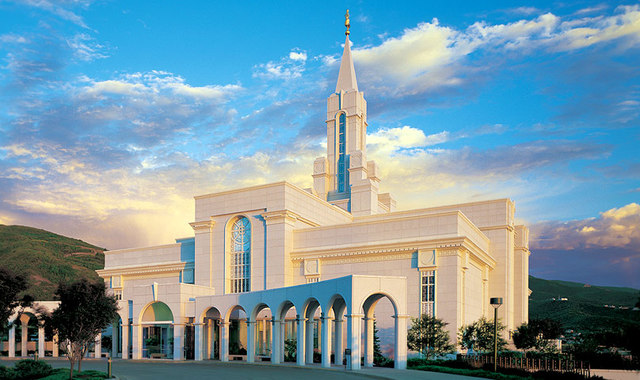 The Bountiful Utah Temple, dedicated by President Howard W. Hunter on January 8, 1995, has a special inclusion in its time capsule. The Primary children in a local ward worked together and bought a set of scriptures to donate especially for the cornerstone. 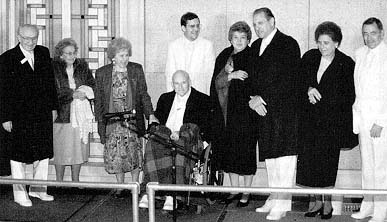 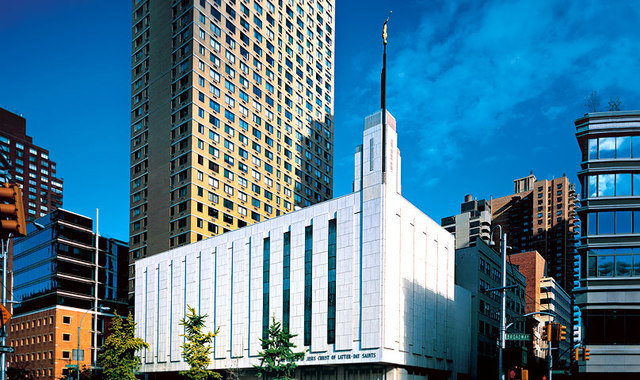 President Gordon B. Hinckley dedicated the Manhattan New York Temple on June 13, 2004. Because the temple stands on the corner of West 65th Street, Broadway and Columbus Avenue, the 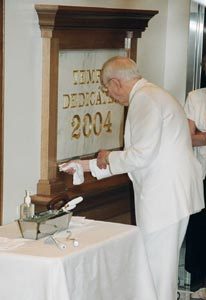 According to Deseret News, the time capsule included a copy of the New York Times; a commemorative crystal; and a commemorative white satin handkerchief detailed with gold, recreated after the handkerchiefs Joseph Smith commissioned for the first temple dedication in Kirtland, Ohio. 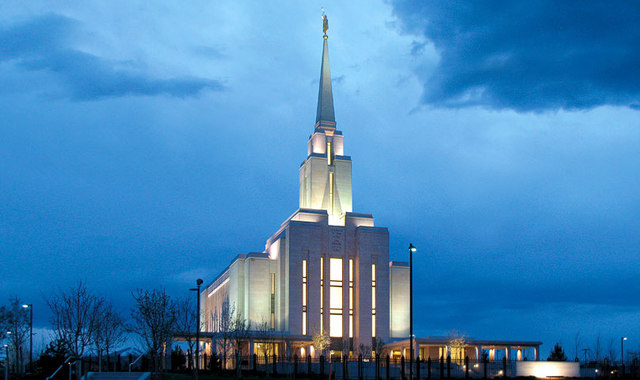 President Thomas S. Monson dedicated the Oquirrh Mountain Utah Temple on August 21, 2009, on his 82nd birthday. On his way to the cornerstone, President Monson winked and wiggled his ears for the audience, who sang "Happy Birthday" to him. 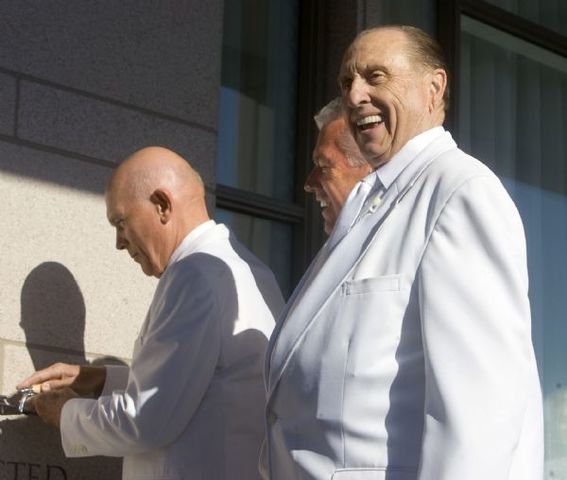 In the time capsule, the collectors included a journal from the art missionaries who painted the interior murals; the bit used to carve designs into the glass windows; shavings from the glass carving—referred to as "Oquirrh Mountain Snow"; and an 800-page binder of memories and notes from members in the temple district.

Everything the collectors included in the time capsule followed the theme, "Make the temple a part of you, and become a part of the temple."

President Monson smiles at the crowd gathered to see the cornerstone ceremony. Image retrieved from sltrib.com). 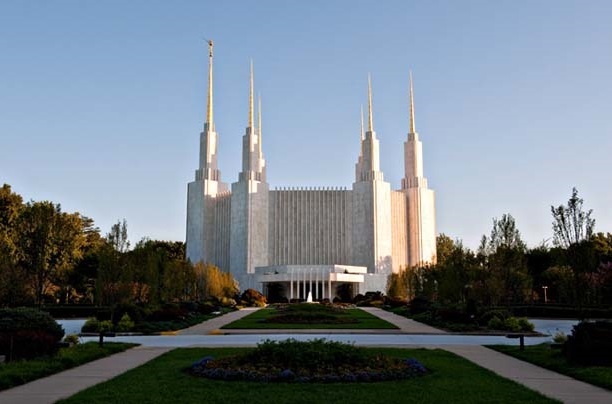 Dedicated by President Spencer W. Kimball on November 19, 1974, the Washington D.C. Temple towers above the beautiful temple grounds and visitor center. The temple is only 10 miles north of the U.S. Capitol, and many members and nonmembers alike visit the breathtaking grounds and temple.

According to the Washington Post, the time capsule included a copy of a letter from Brigham Young to the Secretary of War in 1845, petitioning to build forts for the government on the Mormon trek west. The cornerstone also holds a copy of a newspaper from the day before the dedication.