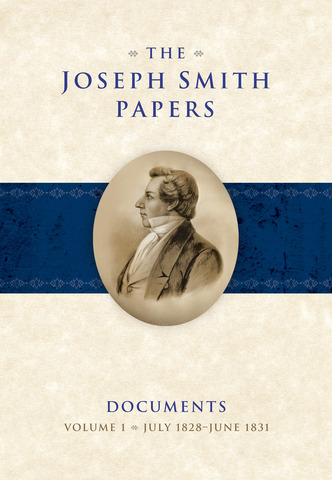 1.    Not all of Joseph Smith’s revelations were published in the Doctrine & Covenants.

Joseph Smith received multiple revelations that were apparently never written down at all, but even some of the revelations that were recorded ended up not being included in published revelation collections. For instance, Joseph Smith received a revelation on 15 May 1831 which explained what was to be done with Frederick G. Williams’s farm in Kirtland which he had allowed Joseph Smith Sr.’s family and other Church members to live and work on. The revelation also counseled members arriving in Ohio from New York what to do with their money. They were told to “save the money that it may be consecrated to purchase lands in the West for an everlasting enheritance.”

2.    Before the Church was founded, Joseph Smith had already received more than 20 revelations.

Probably the best example of a revelation received before the Church was founded and that plays an integral part in our understanding of Jesus Christ and the Atonement is D&C 19. This revelation in the summer of 1829 to Martin Harris convinced him that he needed to mortgage his farm to pay for the printing of the Book of Mormon. It was integral therefore to both the foundation of the Church and to giving members a greater understanding of Jesus Christ, all before the Church was organized in 1830.

3.    The Book of Mormon was originally published with a preface in which Joseph Smith explained that he had also translated “by the gift and power of God” the book of Lehi but that it had been stolen from him.

Although much of the wording and phraseology in the Preface comes from a revelation he had previously received, currently known as D&C 10, the Book of Mormon Preface was Joseph Smith’s earliest account of the loss of those manuscript pages. Although the term “lost” is usually used, Joseph Smith explained to the reader of those pages that “some person or persons have stolen and kept from me, notwithstanding my utmost exertions to recover it again.”

4.    The same day Joseph Smith arrived in Kirtland from New York, a recent convert offered to build him a house and let him live on his land about 20 miles away, but a revelation directed Joseph to stay in Kirtland.

This is reflected in the new section heading to D&C 41 in the 2013 edition of the scriptures. Leman Copley initially offered to let other members live on his land as well, but soon after dozens settled there, he lost his faith, evicted them, and caused a great hardship for several families.

5.    There are several surviving documents containing characters believed to have been drawn off of the gold plates.

6.    Early believers used the Book of Mormon as their guide to establish the practices of the Church, such as baptism and the blessing of bread and wine for the sacrament.

The sacrament and baptismal prayers were spoken exactly as they were given in the Book of Mormon.

7.    The Book of Mormon cost 15 times more to publish than Joseph Smith’s house and farm in Harmony, Pennsylvania.

The average laborer in the United States made around $1 per day in 1830, sometimes more, sometimes less.  The average annual income for someone living at the time was around $500. The Book of Mormon cost six times that amount.  To put that in purchasing power perspective, the median annual salary in the U.S. today is $50,000. The $3000 it cost to print the Book of Mormon would be the purchasing power equivalent of at least $300,000 today.  In other words, this was a massive cost that Joseph Smith never could have hoped to pay for himself. He needed Martin Harris to finance the publication of the book through mortgaging all of his property.

The cost of the publication was high for several reasons.  First, the enormous print run.  Five thousand copies is a large print run for the publication of an academic book today, in 1830 only things like the Bible and Thomas Paine’s Common Sense were generally printed with so many copies at one time.  Second, the binding material used on the book was higher quality, with a leather cover, than the general book.  Third, Grandin was able to demand a lot of money to print the book because Joseph Smith did not have many options.  It was either pay Grandin’s price or go to Rochester where Elihu Marshall had agreed to do it and incur all of the costs associated with traveling and boarding there for most of a year, not to mention the associated difficulty of trying to tightly control the text in a printing house in a distant city.  It appears Grandin made well beyond the average printer profit margin to print the Book of Mormon. This testifies to the fact that he really did not want to do it and he knew that Joseph Smith was in a difficult situation.

8.    The high priesthood was not given to elders in the Church until early June 1831.

In a conference that lasted for several days in Kirtland, Ohio, the High Priesthood was given to several conference attendees.  They had been promised by a revelation a few months earlier (D&C 38) that after leaving New York to Ohio they would “be endowed with power from on high.”

9.    Only weeks after the group of Saints from Colesville, NY settled in the Kirtland area, they were kicked off of the land by a disgruntled member and moved nearly another 1,000 miles to Missouri.

Leman Copley had initially offered to let the Colesville Saints settle on his land in Thompson, Ohio in return for helping maintain it.  After Copley’s mission to members of his former Shaker faith (D&C 49) ended without success in early May, he returned to Thompson and with the help of a Shaker leader evicted all the members off of his land and even ordered them to pay him “damages” for their use of it.  Joseph Knight Jr., one of the leaders of the group of church members, sarcastically recalled, “We had to leave his farm and pay sixty dollars damage…for fitting up his houses and planting his ground.”

10.    Did Eber D. Howe’s family members join the Church before he attacked it, after, or during? Were they close family members like a spouse or children, or were they more distant cousins and aunts/uncles? How did their beliefs affect their relationships?

We are not entirely sure when Howe’s family members joined.  It is possible that his sister was converted in the initial missionary visits with Oliver Cowdery, Parley Pratt and the other Lamanite missionaries in November of 1830.  By 16 November 1830, Howe’s paper was already attacking Mormonism that was being preached there, but his attacks became more concerted and vitriolic over the next several years culminating in his publication of Mormonism Unvailed in 1834. This book included dozens of affidavits that attacked Joseph Smith, the character of his family, and the origin of the Book of Mormon that were collected by an excommunicated member, Doctor Philastus Hurlbut.  By early 1831, Howe’s sister Harriet was already a member, which no doubt fueled his animosity.  Even closer to home by 1834 his wife, Sophia Hull Howe, had also joined the church.  So Howe had the general animosity for Mormonism when he first heard about it that most newspaper editors did, but it very quickly became a very personal issue for him as he watched both his sister and wife join the church over and above all of his clearly vociferous objections.