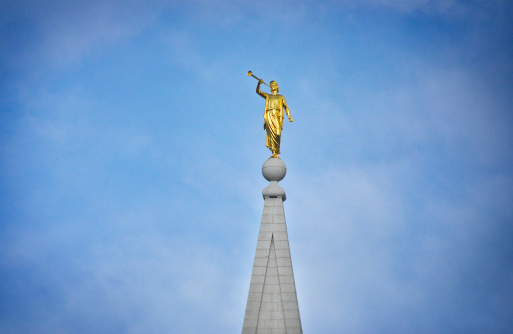 10 Things You Didn’t Know about the Angel Moroni Statue 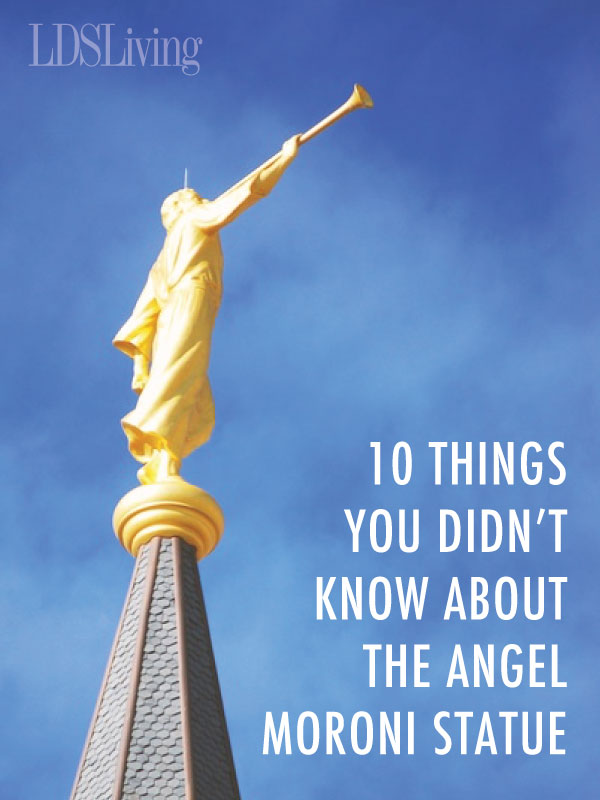 1. The first angel “statue” was actually a weathervane.

The Nauvoo temple was the first to have an angel on a spire, and it was a simple weather vane depicting a non-specific angel of the restoration.

2. Cyrus E. Dallin, the sculptor of the first modern angel Moroni statue, was not a member.

Dallin claimed not to believe in angels, but at his mother’s urging he accepted the commission and designed the first angel Moroni, which stands on the Salt Lake City Temple.

The most common Moroni design was created for President Hinckley’s revolutionary small temples. It stands atop 74 temple spires.

4. Moroni wasn’t commonly put on temples until the late 1970s.

Early angel Moroni statues were too heavy to be put on most temples’ spires. The first statues weighed more than a ton each. Current statues only weigh about 350 pounds.

5. The Monticello Utah Temple originally had a white angel Moroni.

Because it was hard to see, the white statue was taken down and redone in gold leaf. Today, the refinished statue is on top of the Columbus Ohio Temple.

6. The original angel Moroni statue was inspired by Revelation 14.

Cyrus E. Dallin, who designed this original angel Moroni, suggested the upright design we see today based on his study of Revelation 14 and other Latter-day Saint literature.

7. Only 10 temples have Moroni holding something in his left hand.

You can spy a plates-toting version of Moroni on the Los Angeles California, Washington D.C., Seattle Washington, Jordan River Utah, and Mexico City Mexico Temples. Or you can look for a scroll-carrying version of the Moroni statue on the Achorage Alaska, Bismarck North Dakota, Columbus Ohio, Kona Hawaii, and Caracas Venezuela Temples.

8. Most Moroni statues are made of lightweight fiberglass and leafed in gold.

Early angel Moroni statues, however, were made from bronze, copper, or aluminum (but still leafed in gold).

9. Seven temples have had their angel Moroni added during renovations.

10. Not all of the angel Moroni statues face east.