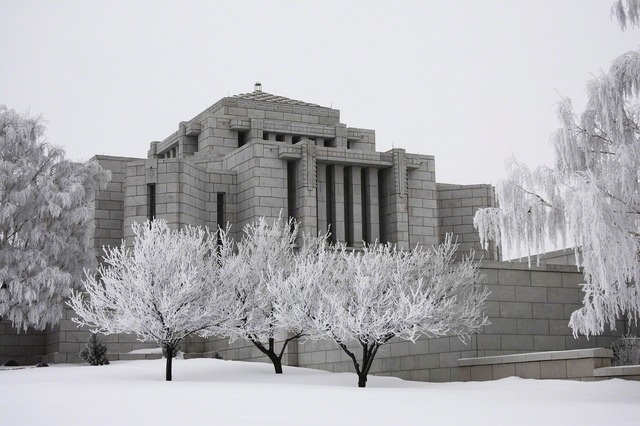 Inside the rich history of The Church of Jesus Christ of Latter-day Saints, changes in policy, practice, and place are not unfamiliar. Updates from the First Presidency and other Church executives, through both revelation and evaluation, are frequently made, and while some changes are more impactful than others, all adjustments are felt by the members involved. Listed below are 100 changes the Church has made over the last 100 years. This list does not include every change the Church has made since 1919, nor does the list act as a ranking system in any way.

1. At the end of 1919, there were five operating temples. At the time of this article, 166 temples are operating around the world.

4. Divorced, endowed members, and single men over 30 were given an opportunity to serve as temple ordinance workers. (2017)

5. Garments with sleeves extending to the elbow and knees, rather than the wrist and ankles, became available for everyday use. (1923)

6. Full-body garments were no longer required for temple worship. (1975)

7. Two-piece garments became available during the 1970s. Later adjustments were made to temple garment styles, the most recent in 2019.

8. Automated temple recording systems were first introduced in the Salt Lake Temple. Prior to this technology, temple workers had to type, proofread, check, file, and report each name, shipping them and storing them as well. (1981)

9. Priests could now baptize and witness baptisms in the temple. (2017)

10. Endowed members of the Church, including women, could now serve as a witness to sealing ordinances, living and proxy. (2019)

12. A civil marriage no longer necessitated a year-long waiting period for a couple to be sealed in a temple. (2019)

13. The first temple was dedicated outside the United States, the Cardston Alberta Temple. (1923)

14. The first temple in Europe was dedicated, the Bern Switzerland Temple. (1955)

15. The Hamilton New Zealand Temple became the first temple dedicated in the Pacific area and the Southern Hemisphere. (1955)

17. The Tokyo Japan Temple became the first temple built and dedicated in Asia. (1975)

19. President Gordon B. Hinckley announced the building of smaller temples to help spread temples throughout the world. (1997)