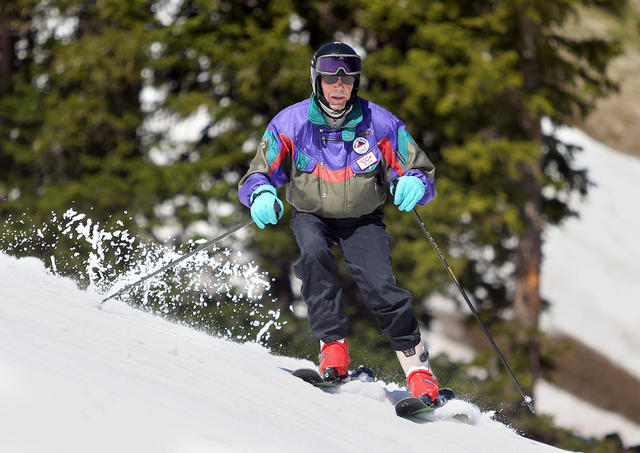 In 1967, George Jedenoff received a Lifetime Season Ski Pass for his community service from KSL Radio and President Eldon Tanner, and he's still getting good use from it 50 years later. Check out this amazing video filmed earlier this year:

Dozens of family and friends gathered at Snowbird Ski and Summer Resort on Wednesday to celebrate the 100th birthday of a man who continues to ski and inspire those around him.

George Jedenoff celebrated hitting 100 by skiing from the top of Hidden Peak to Tram Tower 4. Jedenoff was joined by several longtime skiing friends, as well as his children and grandchildren, who came to see him attach a 100+ skier patch to his jacket.

Bob Murdoch, 93, joined Jedenoff at the celebration, happy to see his friend ride the slopes. Murdoch has skied with Jedenoff for the past 15 years, he said, and for many of those years, they've been able to ski three or four weeks out of the year.

Mormon Life SkiSki,Mormon Life
Comments and feedback can be sent to feedback@ldsliving.com