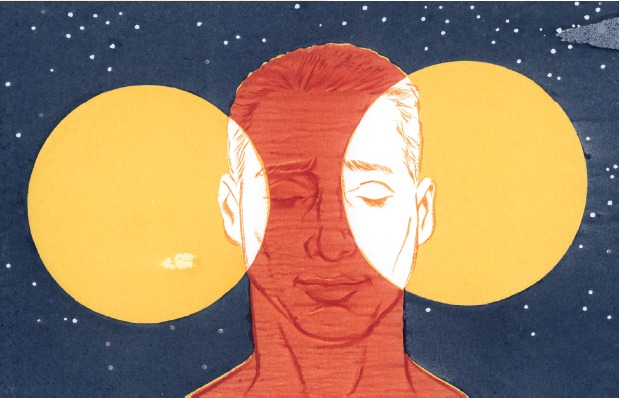 11 Insights Into Life Before & After Our Mortal Existence

It is reasonable to believe that there was a Church organization there. The heavenly beings were living in a perfectly arranged society. Every person knew his place. Priesthood, without question, had been conferred and the leaders were chosen to officiate. Ordinances pertaining to that pre-existence were required and the love of God prevailed.

We learn from President Joseph F. Smith, that “even before they were born,” the children of God “received their first lessons in the world of the spirits and were prepared to come forth in the due time of the Lord” (D&C 138:33–34). What were those “first lessons”? The gospel of Jesus Christ, of course! The same gospel and principles of salvation taught on earth and in the postmortal world of spirits.

LIVING THE GOSPEL BEFORE EARTH LIFE

President Joseph Fielding Smith stated that individual agency led to different levels of obedience, diligence, and righteousness, which resulted in varying levels of progression, capacities, authority, and responsibilities. He said:

God gave his children their free agency even in the spirit world, by which the individual spirits had the privilege, just as men have here, of choosing the good and rejecting the evil, or partaking of the evil to suffer the consequences of their sins. Because of this, some even there were more faithful than others in keeping the commandments of the Lord. Some were of greater intelligence than others, as we find it here, and were honored accordingly.

Note in the previous statement the phrases “just as me that the premortal spirits had opportunities and requirements to be obedient, diligent, and faithful, as do mortals on earth. We were expected to be faithful in whatever commandments and duties the Father required of us. We were to develop talents, skills, and abilities that would enable us to live more productive and fulfilling lives, both there and here. We were to show love, kindness, patience, and consideration to our brothers and sisters.

When we made mistakes, we were to have faith in the Lord Jesus Christ and His Atonement, repent of our sins, and seek to more fully follow God. Each of these gospel expectations is the same “as we find it here”—and as we will find it “there” in the postmortal spirit world.

There are many ways that our premortal inclinations may influence our lives here. A somewhat common way is discussed in a correspondence between Elder Orson F. Whitney and President Joseph F. Smith. Elder Whitney asked:

Why are we drawn to certain persons, and they to us, as if we had always known each other? Is it a fact that we always have? Is there something, after all, in that much abused term ‘affinity’ and is this the basis of its claim? At all events, it is just as logical to look back upon fond associations, as it is to look forward to them. We believe that ties formed in this life, will be continued in the life to come; then why not believe that . . . some of them at least, have been resumed in this state of existence?

While nothing has been revealed specifically concerning the appearance of the premortal world, there are some interesting statements from latter-day prophets that shed light on the subject. As previously stated, our temporal world is patterned after spiritual realms. With this understanding, it is reasonable to assume that the premortal spirit world must be quite similar in appearance to the postmortal spirit world.

President Brigham Young spoke specifically of the premortal world when he declared that the spirit children of God were indeed “acquainted with every nook and corner, with the palaces, walks, and gardens” of that realm.

Heber C. Kimball, recalling what Jedediah M. Grant once told him about his experience in the spirit world, said, “I have seen good gardens on this earth, but I never saw any to compare with those that were there. I saw flowers of numerous kinds, and some with from fifty to a hundred different colored flowers growing upon one stalk.” Heber C. Kimball then concluded, “We have many kinds of flowers on the earth, and I suppose those very articles came from heaven, or they would not be here.” He also spoke of the buildings Jedediah Grant saw there and remarked that the splendor of Solomon’s temple “was much inferior to the most ordinary buildings in the spirit world.”