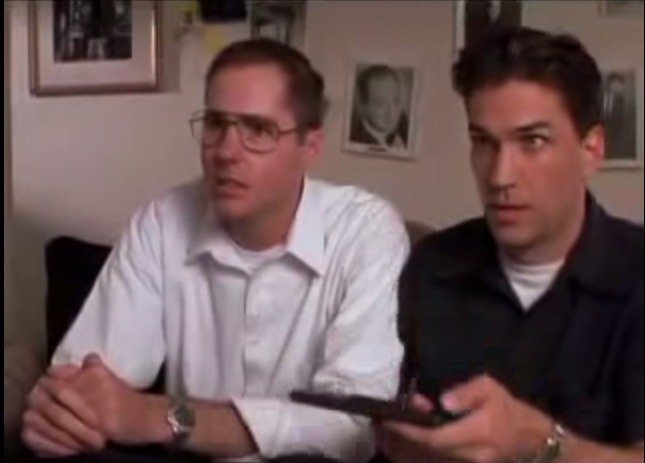 In 2002, HaleStorm entertainment released a film that would become such a part of LDS culture that it would spark a whole line of movies about LDS life and the struggles of being a peculiar people. The film that started it all was The Singles Ward.

Following the story of Jonathan Jordan and his friends in their local singles ward, the movie showcases all the struggles of being single, ranging from the elaborate schemes people go through in order to ask each other out, to the insane way in which some people seem to get engaged immediately after meeting each other. The awkwardness, joy, and hilarity of this time of life are all captured on film.

Despite being released 13 years ago, The Singles Ward still makes us laugh because of how true some moments of singlehood are.

1. When you know how awkward this moment is

2. When you sympathize with this guy

3. When you see your ward crush at a really bad time

4. When you're the person in the ward with the sweet TV set-up

5. When it feels like you can't find a date

6. When you opened your mission call

7. When you cringe with this pick-up line

8. When you scored a dance with your ward crush

9. When there's a mingle after church

10. When there's no escaping a date

11. When it's the end of the semester in a college YSA ward

Check out The Singles Ward to enjoy the whole side-splitting comedy about singlehood.