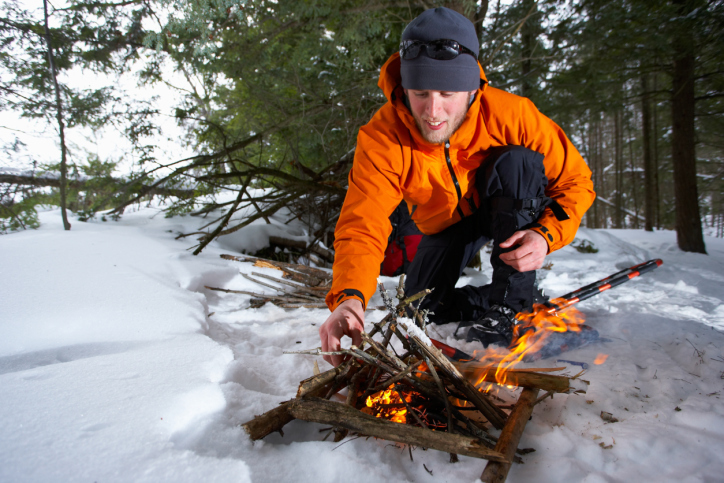 11 Reasons You'll Be Glad You're Mormon During a Zombie Apocalypse

It's been said that Mormons would fare well in a post-apocalyptic world, but we think that there's more to it than just food storage. See how Mormons will have a leg up on the competition if brain-eating zombies walked the streets.

Virtually everyone in the Church has some affilation with scouting. Think about it—all the den mothers, Scout-Masters, scouts, moms of scouts—we're a survival force to be reckoned with! At a minimum, I've heard zombies are fascinated by square knots.

Our leaders have been telling us for years how important it is to have a one-year food supply stowed away in our basement. And while it may be hard to digest a bowl of macaroni and cheese while thinking about your neighbor-turned-zombie eating your brain, hey, it's still food.

Those large gym floors are going to come in handy for more than crazy basketball games every winter. Imagine if your house was overrun with flesh-eating zombies, you could go to the church. The doors lock tight, there's plenty of room, and think about all the time you will save walking to the chapel on Sundays! (The gym turns into the "great hall" a la Harry Potter and the classrooms become the dormitories.)

Everyone knows the Church has all sorts of underground tunnels in Salt Lake City. Let's hope they've got a few more around the world because we're going to need them when zombies take over the surface. It won't be so bad living underground. If Katniss Everdeen can do it, so can we!

5. There are satellite dishes at all our churches.

After food, water and safe shelter, what’s the next immediate need? A line of communication! Luckily our chapels around the world have satellites that connect us with crucial information. (As long as the zombies don't gnaw off the cables.) If you want to know what’s going on in an emergency like a zombie apocalypse, get yourself to an LDS church building.

6. We're no stranger to nerves.

Whether its giving a talk in Stake Conference when we're only 14, finally asking someone out on a date when we're 16, or knocking doors as a missionary when we're 19, we're no stranger to nerves. Keeping your calm during a Zombie encounter can mean the difference between life and death.

If you've ever worked in the nursery, you're well-equipped to take on zombies. Think about it--slow, lifeless zombies are nothing compared to loud energetic nursery kids. And, you don't have to worry about teaching the walking dead a Primary lesson, you simply need to avoid them. Sounds better thank smashed goldfish crackers and spilled water, right?

8. We replenish our emergency preparedness kits every 6 months.

Aside from keeping a large supply of food and water, we are known for storing other emergency supplies as well. Things like 72-hour kits, matches, blankets, camping supplies, tools, bandages, flashlights--the list goes on. All of your friends, who are now zombies, will wish they had an emergency preparedness kit as good as yours.

9. We have warriors for role models.

We grew up with action-packed Book of Mormon stories. Let’s face it, there’s tons of action in the Book of Mormon, and most of it involves a sword or spear. Stories like Ammon defending King Lamoni’s flocks in Alma 17 and Teancum’s nocturnal assassinations in Alma 50, 51 and 62 show us that good people sometimes have to cut people’s arms off, especially if that someone is trying to eat your brains.

10. We're no strangers to persecution.

We've stared down the threat of extinction by the hands of mobbers in the Midwest, so it's in our blood to be able to take on any persecution zombies can dish out. Some may say that zombies could be worse than mobs in the 1800s, but with today's technology and our past to teach us, I think we can take 'em.

11. Our ancestors taught us how to endure in the wild.

While the early pioneer Saints never had to grapple with zombies on the Mormon Trail, they surely faced trials of their own. We share that tenacity with early pioneer Saints, and if we need to walk across a country, we know we could do it, even if there were hoards of brain-munchers behind us. 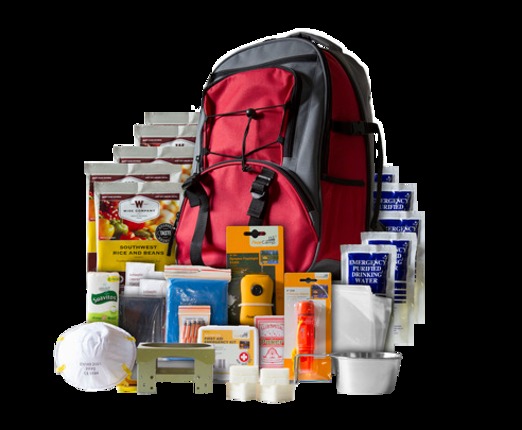 We're not saying a zombie apocalypse is happening anytime soon, but it is still good to be prepared in case of other emergencies. Check out this 5-day survival pack that includes all the essentials.