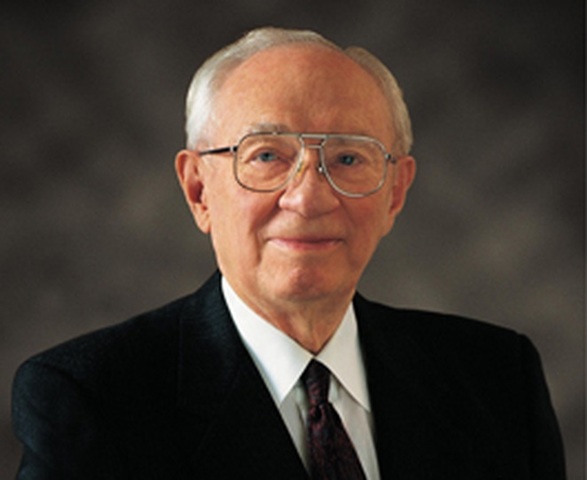 12 General Authorities Who Have Written Hymns

The hymn book is full of famous writers and composers. But did you know that 25 of our hymns were written by general authorities?

Gordon B. Hinckley wrote the hymn "My Redeemer Lives" (no. 135) in collaboration with Elder G. Homer Durham, a member of the presidency of the First Quorum of the Seventy. President Hinckley wrote the lyrics while Elder Durham composed the music for this stirring hymn.

Bruce R. McConkie, a member of the Quorum of Twelve Apostles, wrote “I Believe in Christ” (number 134) and verse four of “Come, Listen to a Prophet’s Voice” (no. 21).

Edward Partridge, who served as the first Presiding Bishop of the Church in 1831, authored the lyrics to “Let Zion in Her Beauty Rise” (no. 41).

President Joseph Fielding Smith, the 10th prophet of the Church, wrote the lyrics to hymn number 127, “Does the Journey Seem Long?”

The third prophet in the latter days, President John Taylor, wrote the hymn “Go, Ye Messengers of Glory” (no. 262).

You can listen to this beautiful hymn here.

Watch this moving rendition of "Savior, Redeemer of My Soul," by Steve Elliot.

Elder Loren C. Dunn authored hymn number 137, "Testimony." Elder Dunn was sustained as a General Authority on April 6, 1968. He served in the First Quorum of the Seventy and as president of six of the Church's areas around the world.

Listen to this stylized version from Juli Beesley.

Listen to "How Long, O Lord Most Holy and True" set to beautiful images of inside LDS temples.