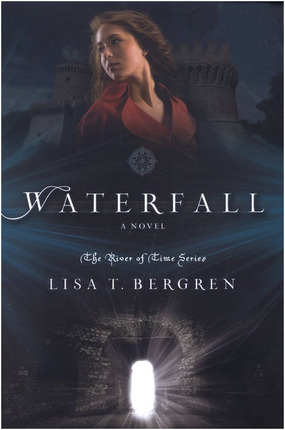 After Hello by Lisa Mangum

What if the first day of your relationship was the only day you had?

Seventeen-year-old Sara is a seeker. She's always on the lookout for the perfect moment to capture with her ever-present, point-and-shoot camera, especially on her first trip to New York City.

Sam is a finder. He has a knack for finding what other people can't—a first-edition book or the last two tickets to a sold-out Broadway show. In New York, there is always something interesting to find.

When Sam and Sara's paths cross, neither one of them is prepared for what they will find out about each other—and about themselves when they form an unlikely partnership in search of an elusive work of art. They have one day to find the impossible. Fate brought their talents together, but what happens when time runs out? Will love be able to overcome fate? This new novel from award-winning author Lisa Mangum explores what happens after hello.

Andrew “Ender” Wiggin thinks he is playing computer simulated war games; he is, in fact, engaged in something far more desperate. Ender may be the military genius Earth desperately needs in a war against an alien enemy seeking to destroy all human life. The only way to find out is to throw Ender into ever harsher training, to chip away and find the diamond inside, or destroy him utterly. Ender Wiggin is six years old when it begins. He will grow up fast.

Matched by Allyson B. Condie

Cassia has always trusted the Society to make the right choices for her: what to read, what to watch, what to believe. So when Xander's face appears on-screen at her Matching ceremony, Cassia knows with complete certainty that he is her ideal mate . . . until she sees Ky Markham's face flash for an instant before the screen fades to black.

The Society tells her it's a glitch, a rare malfunction, and that she should focus on the happy life she's destined to lead with Xander. But Cassia can't stop thinking about Ky, and as they slowly fall in love, Cassia begins to doubt the Society's infallibility and is faced with an impossible choice: between Xander and Ky, between the only life she's known and a path that no one else has dared to follow.

To everyone at Meridian High School, Michael Vey is just your average, ordinary fourteen-year-old. But Michael is anything but ordinary—in fact, he is electric.

When Michael;s best friends, Ostin Liss and cheerleader Taylor Ridley, make an accidental discovery, the three of them learn that there are other kids with similar powers—and that someone, or something, is hunting them.

After Michael's mother is kidnapped, Michael will have to rely on his wits, his unique power, and his friends to combat the hunters, free his mother, and save the others.

Unraveled: A Tale of True Love by Julie Daines

In the years since the fever that took both her family and her ability to walk, sixteen-year-old Bronwyn has been relegated to the lonely status of cripple. But when a fortuitous encounter with a mysterious mountain witch reveals the magical possibility of regaining the use of her legs, Bronwyn can't help but envision the life she never had. Powerless to resist the promise of a second chance, Bronwyn agrees to the witch's terms. Clad in a pair of enchanted but homely shoes, her journey takes her from her small village in the countryside to the glittering court of the king—and from a lonely life of solitude into the lives and hearts of two very different young men. But as the Faerie-witch's magic begins to unravel, the power of true love is tested; can Bronwyn's dream of being happy, whole, and accepted ever be attained?

It is the future, and most of the population of the United States has been destroyed by the plague. Survivors have formed colonies on the barrier islands off the east coast of the country. In one small colony, almost all the members have powers to control wind, water, earth, and fire — all but sixteen-year-old Thomas.

When the Guardians of the village are kidnapped by enemies seeking to take over their colony, it is up to Thomas and a small group of teens to save them and preserve the mysteries of the island.

Tennis Shoes Among the Nephites by Chris Heimerdinger

Jim Hawkins has a bad attitude — especially about church.

Garth Plimpton is a fanatic. He's spent so much time studying the scriptures and thick books on archeology that he can't carry on a normal conversation with other kids. That's why they consider him a nerd.

Through an unusual chain of events, these two opposites become fast friends and find themselves on the trail of a chilling secret. At the root of this secret was a faded Indian legend that old men told children to make their eyes grow big. As Garth and Jim put the pieces of the puzzle together, they accidentally stumble upon a mysterious passageway hurling them into another world — an ancient American world.

Join Jim, Garth, and Jim's pesky little sister, Jennifer, as they journey in a land where the names Helaman, Teancum, and Captain Moroni are more than just words on a page. A world where danger and suspense are a way of life. . .

The Goose Girl by Shannon Hale

Anidori-Kiladra Talianna Isilee, Crown Princess of Kildenree, spends the first years of her life under her aunt's guidance learning to communicate with animals. As she grows up Ani develops the skills of animal speech, but is never comfortable speaking with people, so when her silver-tongued lady-in-waiting leads a mutiny during Ani's journey to be married in a foreign land, Ani is helpless and cannot persuade anyone to assist her.

Becoming a goose girl for the king, Ani eventually uses her own special, nearly magical powers to find her way to her true destiny. Shannon Hale has woven an incredible, original and magical tale of a girl who must find her own unusual talents before she can become queen of the people she has made her own.

Since their mother's death, Carter and Sadie have become near strangers. While Sadie has lived with her grandparents in London, her brother has traveled the world with their father, the brilliant Egyptologist, Dr. Julius Kane.

One night, Dr. Kane brings the siblings together for a “research experiment” at the British Museum, where he hopes to set things right for his family. Instead, he unleashes the Egyptian god Set, who banishes him to oblivion and forces the children to flee for their lives.

Soon, Sadie and Carter discover that the gods of Egypt are waking, and the worst of them — Set — has his sights on the Kanes. To stop him, the siblings embark on a dangerous journey across the globe — a quest that brings them ever closer to the truth about their family and their links to a secret order that has existed since the time of the pharaohs.

Sense and Sensibility by Jane Austen

Teenage sisters Marianne and Elinor Dashwood could not be more different. Marianne is passionate, impetuous, and recklessly romantic. Elinor is practical, thoughtful, and completely reserved. But Marianne and Elinor discover they have more in common than they thought when they both fall head over heels in love with unattainable men.

Opposites in every way except for their heartbreak, the two girls are determined to make their dreams come true. But in a society ruled by status and money, Elinor and Marianne will have to fight for the happy ending they both deserve. Through a series of romantic misadventures the girls come to realize that the key to their happiness may not lie in fiery passion or strict reason — but somewhere in between.

When fifteen-year-old Beck Phillips travels by train to the secluded village of Kingsplot to live with his wealthy but estranged uncle, Beck discovers some dark family secrets. A buried basement, a forbidden wall, an old book of family history with odd references to. . . dragons? Beck's life is about to be changed forever in this suspenseful tale about the destructive nature of greed and the courage to make things right.

Pillage is filled with Obert Skye's signature humor as well as some very intense moments, including a surprise ending, that will keep readers young and old engrossed and entertained.

Most American teens want an Italian vacation, but the Bentarrini sisters have spent every summer of their lives there with their archeologist parents. Stuck on yet another hot, dusty dig, they are bored out of their minds. until they place their hands atop hand prints in an ancient tomb and find themselves in the fourteenth-century — and in the middle of a fierce battle between knights bent on killing one another.

Find these titles and more on the Summer Reading List from Deseret Book. Purchase 4 books from the list and get a 5th book free! Must be of equal or lesser value of the books purchased from the reading list.

-->Click here to find the list and the Summer Reading Passport, or talk to a Deseret Book store associate at time of purchase.

This offer is valid May 12th through August 3rd.