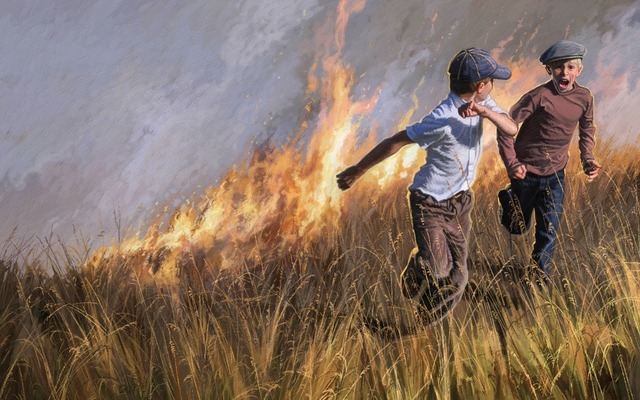 It's always good to remember to temper our words and to use the limitless power of language and communication to build rather than to demean.

Forty-one years ago I climbed into the driver’s seat of an 18-wheel semi truck with my beautiful wife, Jan, and our infant son, Scotty. We were taking a heavy load of construction materials across several states.

In those days there were no seat-belt restrictions or infant car seats. My wife held our precious son in her arms. Her comment “We sure are high off the ground” should have given me a clue about her feelings of apprehension.

As we made our descent over historic Donner Pass, a steep section of highway, the cab of the semi suddenly and unexpectedly filled with thick smoke. It was difficult to see, and we could hardly breathe.

With a heavy rig, brakes alone are not enough to rapidly decrease speed. Using the engine brakes and gearing down, I frantically attempted to stop.

Just as I was pulling to the side of the road, but before we had come to a full stop, my wife opened the door of the cab and jumped out with our baby in her arms. I watched helplessly as they tumbled in the dirt.

As soon as I had the semi stopped, I bolted from the smoking cab. With adrenaline pumping, I ran through the rocks and weeds and held them in my arms. Jan’s forearms and elbows were battered and bleeding, but thankfully she and our son were both breathing. I just held them close as the dust settled there on the side of the highway.

As my heartbeat normalized and I caught my breath, I blurted out, “What in the world were you thinking? Do you know how dangerous that was? You could have been killed!”

She looked back at me, with tears running down her smoke-smudged cheeks, and said something that pierced my heart and still rings in my ears: “I was just trying to save our son.”

I realized in that moment she thought the engine was on fire, fearing the truck would explode and we would die. I, however, knew it was an electrical failure—hazardous but not fatal. I looked at my precious wife, softly rubbing the head of our infant son, and wondered what kind of woman would do something so courageous.