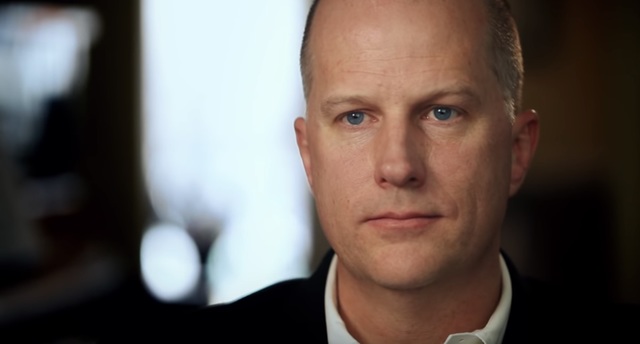 12 Years Later, Chris Williams Reflects on What Forgiving the Drunk Driver Who Hit His Family Taught Him

Today’s #LightTheWorld prompt, “Pray for someone for whom you have had negative feelings lately,” may seem simple, but forgiveness can feel very difficult, and praying for those people who have hurt us is even more difficult. In Matthew 5, Jesus didn’t only teach His disciples to forgive but to “Love your enemies, bless them that curse you, do good to them that hate you, and pray for them which despitefully use you, and persecute you” (Matthew 5:44).

Losing his wife, the unborn baby she was carrying and two of his children as the result of a drunk driver’s choice certainly feels like grounds to hold a grudge. Instead, Chris Williams chose to immediately forgive. His decision to forgive gained media attention. How was he able to do it? Why was forgiving immediately so important to him?

"Let It Go": A Story of Tragedy and the Power of Forgiveness

4 Important Tips to Help You Forgive Others Daily

Williams recently shared with All In host Morgan Jones about things that stand out in his memory from the night of the accident that changed his life and his perspective on forgiveness.

Morgan Jones: Now, 12 years later looking back, what are kind of the biggest things that stand out to you from that night?

Chris Williams: So the first thing that stands out is how quick the Savior was to succor me as one of His believers. And to "succor" means to run to with assistance or aid. And so that was amazing that in the middle of that grief, that immediate grief that came, just knowing that my wife and the baby that she was carrying and that two of my three children had passed away, n that instance, to have the Savior come to me and in three words, which were presented to my mind, I think, "let it go." In that moment to ask me, through those three words, if I was going to have faith in Him to be healed. So He was there on the scene, the first responder ready to go ready to heal, but before he could do anything, he had to do it just as He healed anciently, which was to see if there was faith and see if there was going to be a belief. So I was asked, I believe, through those three words, if I was going to let it go and have faith to be healed in Christ's way or if I was going to try and heal myself in some other way. And so when I committed then and there in the car to do exactly that, to let it go, have faith in Christ to be healed in his way, the peace came immediately. So that was one of the first things that just absolutely, in looking back in retrospect, [was] so amazing, is how His power for sure, and His grace, His enabling power, but also His mercy. How quick He is to bless us when we're ready and when we desperately need those blessings.

CW: The second thing I learned, which was kind of a surprise learning, actually, was the worth of a soul. Because in that moment, as soon as I let it go, as soon as I felt the peace towards my wife and my children and that everything was going to be okay—and I heard my son Sam cry out and I knew he was injured, and I didn't even know where my oldest boy was—[I] found my mind not even thinking about that. So here I am getting put onto a backboard, I'm getting put down, I'm getting emergency response. I've got severe pain in my body and get my mind is focused increasingly on the one individual that night that's really in danger—the one individual that the Savior is worried about, and that's the young man that was driving the other car. And I just think it's interesting in looking back how I felt the Savior's love towards that individual, that young man. And yes, He was there to help me. Yes, He was there to make everything okay and to start to heal me. But the next invitation after I let it go was, would I help Him in bringing this young man home? I guess at the very least He didn't want me to oppose that or fight it, which is part of that forgiveness that everyone extolled so much. But really, I think the miracle that night is the mercy and love that He has for the one. And it was my blessing, my privilege, my honor to feel and have a witness of that mercy towards the worth of the soul that He has towards the one. If there's one witness, one testimony, one concrete thing I can say I absolutely believe and know to be true, and if I could only have one in this life, I just feel so happy and blessed that that's my witness, is that Christ loves the one. And that the worth of that soul for Him is just more than I can describe in words and more than I can even comprehend. It was overpowering and overwhelming just to feel how much He wanted that young man to come back. And so that's really what this last 12 years for me have been about and doing these podcasts and anything else I can do is just to witness to the world that Christ paid the price for the one. For you, for me, for everyone, and in a way that, you know, I can't explain and I can't really comprehend. But somehow, He just knew each and every one of us so individually, so perfectly, that when He went into the garden and prayed, He did it for us, for you, for everyone. Not just for a big old group, but He knew everyone individually. And for me to feel that love that He had just for that one individual, it changed everything. It changed my perspective and it's changed my life.

MJ: Chris, another thing that I loved, President James E. Faust said in his conference talk when he referred to you he said, "Bishop Williams addressed this concept so well," referring to forgiveness, "when he said 'forgiveness is a source of power, but it does not relieve us of consequences. When tragedy strikes, we should not respond by seeking personal revenge, but rather let justice take its course and then let go.'" And I think that's what your story exhibits in such a powerful way. I think that's why people have been drawn to it for 12 years now, is that it just demonstrates that while we may be experiencing difficult things, and you've touched on those things—that your family has gone through a lot in the last 12 years—but that you also were able to let justice take its course and let it go. I'm curious, Chris, how you have seen that forgiveness is a source of power?

CW: Forgiveness, as a source of power, it's empowering to me, or to anyone I think that that forgives because I'm the beneficiary of the forgiveness. And what it allows me to do is to regain the focus, regain my sense of control, regain my sense of direction. Just like my wife would say, what's appropriate and what's not appropriate allows me to kind of define "This is what's appropriate in my life. This is how I'm going to react to the circumstances or situation." In fact, I've often said that the forgiveness I offered was probably one of the most selfish things I've ever done in my life because I was the 100 percent recipient of all of the goodness and blessings of my personal forgiveness. I know that others have been impacted by it positively, but I also realized that impacting, that their experience, it's them being blessed in their own lives when they decide to let it go as well and do it. But when I chose to let it go, I got all of that goodness and blessing and perspective and focus and everything else. It all came into me in my life. And so that has been incredibly impactful and powerful for me to realize that there's a lot of things that I don't have to worry about. And so one of those was whether he was tried as an adult or a juvenile, or whether he was sent to the prison or to the detention facility. I mean, suddenly all of those burdens, which I could have wanted to take upon myself, right? And say, "Oh, no, we can't forgive him or let it go until he pays this or that." You see that play out in the courts. And when people can't let it go, they just carry these unnecessary burdens on their backs of justice or demands for justice, or recompense or anything else. And for me, it was so freeing just to say, "That's all off my back. I am only going to worry about the things that I can control and everything else, it's gone." And so it was a wonderful opportunity to just reset my agenda. And I found that in my life, that with that forgiveness, the blessing of that, it continues. I mean, it's the way I approached my work, it's the way I approach my family now. I know there are some things I can control and I work on those things, and the things I can't control, even with the behavior of others or the way they respond or talk or act, I can't control that. But I can always look inward and say, "What is it I can do to change myself to better improve or impact the situation?" So it was very freeing for me.