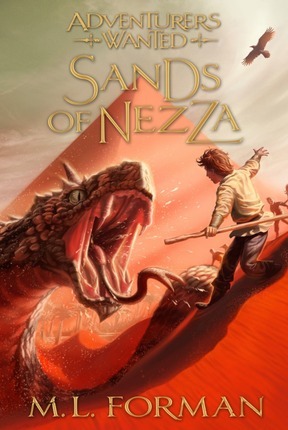 13 Clean Fiction Novels to Watch for This Fall

A call for help draws wizard Alexander Taylor into an adventure that he knows nothing about.

To save a friend, Alex must travel to the land of Nezza, a land where war is part of daily life, where adventurers are imprisoned, and where all magic is believed to be black. Chance brings Alex into contact with young Rallian, a prince who might just be the true king of Nezza, and Alex’s desire to do good sets loose a spell that could drive the land into all-out war.

Alex must find a way for Rallian to be crowned king while also bringing peace to the land, but his magic and wizardry alone cannot make peace happen. His task is made more difficult when he learns that a group called the Brotherhood is actively working to keep the people of Nezza divided.

Join Alex and some familiar friends in their search to unite the land of Nezza in this new adventure that will test their courage to the very core.

Sam and Holly Foster never expected the hardship that caused their perfect world to shatter. It will take the miracle of their young son James’s toy boat and a mysterious man to remind them that heaven is not far and that love is never lost.

A future without family.

Nine is the ninth female born in her batch of ten females and ten males. By design, her life in Freedom Province is without complications or consequences. However, such freedom comes with a price. The Prime Maker is determined to keep that price a secret from the new batches of citizens that are born, nurtured, and raised androgynously.

But Nine isn’t like every other batcher. She harbors indecision and worries about her upcoming Remake Day—her seventeenth birthday, the age when batchers fly to the Remake facility and have the freedom to choose who and what they’ll be.

When Nine discovers the truth about life outside of Freedom Province, including the secret plan of the Prime Maker, she is pulled between two worlds and two lives. Her decisions will test her courage, her heart, and her beliefs. Who can she trust? Who does she love? And most importantly, who will she decide to be?

Fire and Steel: A Generation Rising by Gerald N. Lund

From master storyteller Gerald N. Lund comes the next blockbuster historical fiction series, Fire and Steel, blending the powerful stories of two families on different continents—the Eckhardts in southern Germany and the Westlands in southern Utah. While their circumstances are as divergent as their geography, each family must cope with trials that test their courage and fortitude. Spanning more than sixty years, the series follows the Eckhardts and the Westlands through some of the most turbulent times in history, including World War I, the Great Depression, the rise of Nazi Germany, and the Second World War with its devastating aftermath.

In volume one, A Generation Rising, life could not be more promising for the Eckhardts. They finally have a son, Hans Otto Eckhardt—the male heir they have longed for and a child of such brilliance and promise that his success seems certain. But as youthful Hans’s ambition takes him away from his family and their small Bavarian village, the winds of unrest in Europe are about to erupt into the greatest war the world has ever known.

At the edge of the lawless, western frontier in America, the Westland family struggles each day to survive. Harassed by Indians and plagued by cycles of drought and floods, life is dangerous and difficult, but young Bill Westland is determined to make a home for himself and his future family in the inhospitable land he has come to love.

United only by their determination to weather the storms of life together with their loved ones, the two families are destined to ultimately cross paths and become inextricably intertwined in the newest series from the unsurpassed bestselling author of LDS fiction.

Look for Fire and Steel: A Generation Rising in stores November 28th! Learn more about it here.

Janitors: Strike of the Sweepers, Book 4 by Tyler Whitesides

The stakes have never been higher, and you’ve never seen squeegees do this before! It is a wild and slightly unsanitary ride as Spencer, Daisy, and the rebels find themselves chased by Mr. Clean’s new and terrifying breed of toxite—the Sweepers. Time is short. With the fabled Manualis Custodem in hand, Spencer must figure out how to summon the founding witches if they ever hope to mop up and save education.

A Tale of Light and Shadow by Jacob Gowans

Enter Atolas, a world where swords and daggers both extend life and end it, where magic is feared by all but a few, and where feuds and friendships influence kingdoms and courtships. Henry and Isabelle have secretly sworn to marry despite his lowly station. Though Henry is but a carpenter, his devotion drives him to commit an unthinkable act that may cost both of them their lives. At the same time, a secret, dark prophecy has set in motion events that will affect not only them, but the thrones of rulers throughout all of Atolas, threatening to eclipse the world in shadow. But all is not lost while hope remains in the guise of an unlikely hero and the strength of friendship.

Michael and his friends must rescue a child prodigy as the thrilling action continues in this electrifying fourth installment of the #1 New York Times bestselling series!

Michael, Taylor, Ostin and the rest of the Electroclan head to China in search of a girl who may have discovered why Michael and his friends became electric. Her name is Lin Julung, or Jade Dragon, and she’s a child prodigy with an IQ higher than Einstein’s — and Ostin’s.

But Hatch gets to her first, and the Elgen are holding her prisoner in their Taiwan Starxource plant. Now the Voice wants Michael and the Electroclan to go to Taiwan and free her before Hatch can realize his dreams of an army of electric children.

The hunt for Jade Dragon is on, and it’s a race against time!

The Line that Divides by Melanie Mason

With boundaries clearly drawn by the horror of World War II, Austrian teenager Marianne Leichtner doesn't think about love. Returning from Germany, where she was forced to attend school as a linguist, she settles back into life in the countryside.

The crash of an American B-17 bomber in the hills behind her family's home changes everything. Shortly following the accident, Marianne discovers Charlie and Sam, the only surviving crewmen from the plane, hiding in the barn. She decides to help them and is thrust into a world of danger and secrets.

As a young woman, Gwen Evans turned her parents' old farmhouse in North Wales into a cozy bed-and-breakfast. Here she lives quietly, creating a restful retreat for visitors, sharing her simple LDS faith with them, and touching their lives in lasting ways. In this isolated corner of Wales, guests find tranquility in the stillness of the lake and the majestic, rugged mountains dotted with sheep.

Author Anna Jones Buttimore has drawn on the beauty and wonder of Wales to create an exquisite and tender novel about one woman's ability to reach out to others--and the gifts of love she receives in return.

“It shall be the son, the firstborn in the new monarchy, who shall quiet the fears and unite the nation again.”

The infamous prophecy declaring that the firstborn would be a boy is the last thing Sarah wants to deal with. As if being newly engaged isn't difficult enough, she's still coming to terms with the fact that the first eighteen years of her life were a farce. The prophecy — the reason she had been secreted away from her family and her royal heritage to begin with — wasn't supposed to disrupt her life any more than it previously had. But when unexpected events force her to leave her fiance, Prince Alexander, Sarah must return to her home country of Kyrnidan to face her destiny.

Reunited with her royal family, Sarah is thrust into the political turmoil that surrounds her ancestral home. To make things worse, her arrival has upturned the long-held prophecy.

As the voices of dissension mount against her, Sarah turns to her bodyguard, Luther, for protection. But Luther's protection comes with a price. Propelled into a plot that threatens her life and the welfare of the entire kingdom, Sarah must determine where her love and loyalty truly lie. Torn between two men, she will now have to face her fears and undertake a journey of self-discovery that will change the fate of a nation.

Keepers of the Sword by Guy Morgan Galli

Since the days of Isaiah, two families have been charged with safeguarding the brass plates containing the history of God's works among His people--one to preserve them and the other to protect them at all costs. But these are dark times. Having spent the last decade apprenticing in the closely guarded secrets of steel making, Zoram anxiously returns to his childhood home of Jerusalem to fulfill his destiny and take his place as the new Keeper of the Sword. His homecoming, however, is overshadowed by the suspicious death of his father and rumors of betrayal that reach the highest level of power. Despite this, Zoram steadfastly strives to complete the work he is called to do, but his attention is divided between a woman unlike any he has ever met and another woman obsessed with his position and power. And at the center of this personal and political turmoil stands Laban--captain of Israel's armies, Keeper of the Records, and the cunning man Zoram is sworn to serve. But how can one man stop a rapidly growing wave of wickedness from destroying the faith, even the very nation, of Israel?

-->Order your own copy now.

Mountains Between Us by Jenny Proctor

"You're a good man, Henry," Eliza whispered. Their eyes met for a brief moment before, seized by sudden impulse, Eliza closed the distance between them, stood on her tiptoes, and kissed him full on the lips. When she pulled away, Henry stood there, his eyes wide with surprise. He'd kissed back. She was certain of that. He could have pushed her away, and he hadn't. But the stupefied look on his face didn't exactly make it easy for her to know what to do next.

After three years of social work in Nashville, Eliza Redding is eager to leave her life at home behind for a new adventure. Nestled deep in the Blue Ridge Mountains of North Carolina is the site of her first job as a clinical counselor: Rockbridge Academy, a rehabilitative boarding school for troubled youth. Anticipating that she'll be the only Latter-day Saint at the academy, Eliza is pleasantly surprised to discover that English teacher Henry Jacobson is a fellow member of the Church. Her excitement is quickly diminished, however, when she discovers Henry's standoffish and cold personality. Undeterred, she commences the monumental task of befriending her reserved coworker.

Twelve-year-old Gili firmly believes in miracles. Since the day her father was miraculously healed by the prophet Elisha her faith in God has sustained her through the hardships of life in Israel. But when her town is invaded and she is captured as a slave for Naaman, a powerful Syrian military commander, can her faith endure?

Amidst the chaos of battle, a young Israelite slave impresses Naaman with her bravery. Gili's courage is admirable, and her place in Naaman's household is assured. When his incurable disease progresses, ravaging his body, Naaman is desperate for relief. And in this retelling of one of the mightiest of Biblical miracles, it is a young servant girl whose knowledge of God's power is the key to Naaman's salvation.