UPDATE: Amelia M. King was found in Cincinnati, Ohio. Police say she was taken for a medical examination but did not give any other information. They thanked the public for the many tips they received since the teen went missing early last Friday.

Police are searching for LDS 14-year-old Amelia M. King, who was reported missing from her home in northwestern Indiana Friday morning.

The teen is described as a caucasian female weighing 100 pounds, 4 feet, 11 inches tall, and has long blonde hair. She was last seen wearing blue jean shorts, a gray Twenty One Pilots' tank top, and two backpacks: one with a red and blue diamond design and on with kittens and puppies, according to a press release. 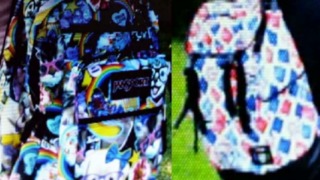 Family members suspect Amelia was abducted by a man she met online, according to NBC Chicago, and police are following up on that lead.

Amelia was last seen Thursday night and her disappearance has shocked her family, who wrote in a press release that she is an honor student, attends church services every week, and is not considered a problem child.

"I just want her to come home, I miss you so much Amelia," Amelia's mother Valerie King told NBC Chicago.

Lake County Sheriff John Buncich told NBC Chicago there has been no Amber Alert issued because police are unsure as of yet who Amelia is traveling with.