When watching LDS classics like The Singles Ward and The Best Two Years, you expect a movie laden with Mormon references. Then there are Hollywood movies—like The Saratov Approach and The Other Side of Heaven—based on the lives of Mormons where you also expect Latter-day Saint allusions.

But then there come those rare, delightful moments when you are watching a movie and out of the blue comes a Mormon mention that fills you with that brief thrill of acknowledgment and familiarity.

Here are just a few of our favorite references to Mormons in popular movies:

Editor's note: This is merely a compilation of movies with LDS references; in no way is it an endorsement of the movies mentioned on this list. In addition, the clips provided are from Hollywood movies and do not reflect any of the beliefs of LDS Living staff. Watch at your own discretion.

Thanks to ldsfilm.com and the Deseret News for making us aware of some of these references.

Lead images all from IMDb 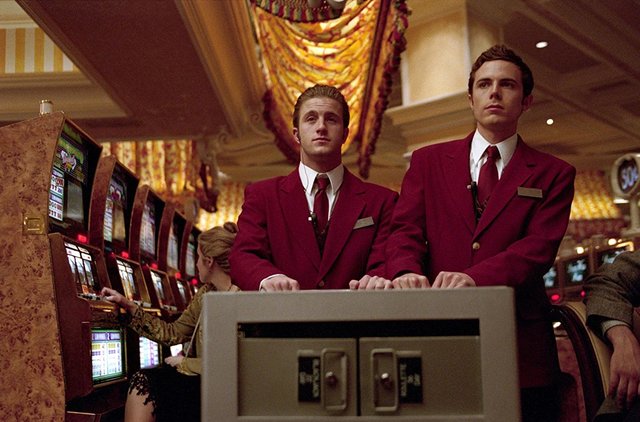 When pressing play on a movie all about heists, gambling, Las Vegas, theft, and hoodwinking a casino owner, you wouldn't think Latter-day Saints would come up. But then comes a hilarious scene where the character Turk Malloy—cruising in his beefed-up truck—tries to outrace a toy car enhanced by his brother Virgil. When he realizes he's going to come up short, Turk decides to run over rather than outrun the tiny car.

During this scene, you learn these two bickering brothers are Mormon twins from Utah. As Brad Pitt and George Clooney reveal in their dialogue:

“I talked to the Malloys yesterday.”

“They’re both in Salt Lake City, six months off the job. I got the sense they're having trouble filling the hours.”