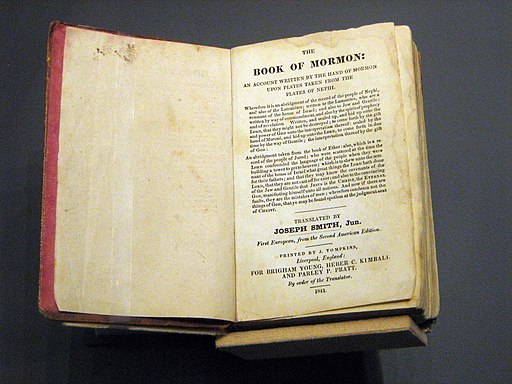 Throughout the Book of Mormon there are groups of people who are called after the name of their leaders or ancestors. Learn about these 16 identified groups, how they got the name they did, and what they are known for doing in their scriptural accounts. How many do you recognize?

This group of “-ites” can actually be found primarily in the Bible, but are mentioned in Alma 21 as a group of apostate Nephites who joined the Lamanites in the war against the Nephites. They helped build a city named Jerusalem and were often made leaders in the Lamanite army because of how wicked they were. Nothing more is known about their origin.

The Nephite traitor Amalickiah was the reason for the name of this group of “-ites.” The Amalickiahites, identified in Alma 46:28, supported Amalickiah in his campaign to become king, and many followed him as he fled the Nephite army and conspired his way to the Lamanite throne. The Amalickiahites who were left behind were given a choice by Moroni: covenant to support freedom, or die. “And there were but few who denied the covenant of freedom.”

When Amlici proposed to make himself king during the rule of the judges, the main body of the Nephites opposed him. Those who supported him became known as Amlicites, and are among the first groups of Nephite dissenters found in the Book of Mormon. The Amlicites forged an alliance with the Lamanites and nearly captured Zarahemla. However, after Amlici was killed, the name of his followers disappears along with any knowledge of what happened to them.

Another set of “-ites” found in the Bible and the Book of Mormon, the Book of Mormon Ammonites were only called this after they joined the main body of the Nephites. Introduced to the gospel by the missionary efforts of Ammon and his brothers, the Ammonites originally took the name of “Anti-Nephi-Lehies.” However, after fleeing from the attacks of unconverted Lamanites, they joined the Nephites, who began distinguishing them by the name “Ammonites.” The two thousand stripling soldiers were descendants of these Lamanite converts.

The Ammonihahites are called by this name only once in the Book of Mormon, but their wicked deeds are recorded throughout the first part of Alma. Residents of the city of Ammonihah, the Ammonihahites were angered by the teachings of Alma and Amulek, throwing them into prison and burning any Ammonihahite converts and their scriptures. They were later completely destroyed by the Lamanites.

While most of us are familiar with King Noah, fewer of us might remember the name of his wicked priest Amulon, who led the other wicked priests into the wilderness after their people turned against them. They kidnapped Lamanite women for their wives, becoming Amulonites who followed the “order of Nehor.” They worked with the Amalekites and Lamanites, encouraging the Lamanite armies to attack the Nephites. They are first referenced by this name in Alma 21:3.

We all remember that Nephi and his brothers returned to bring Ishmael and his family with them to the promised land, and that those brothers married the daughters of Ishmael. But what happened to them after that? All we really know is that 1) they lived in their own land within the land of Nephi at one point, 2) King Lamoni was an Ishmaelite, and 3) the Ishmaelites eventually fought in the combined army against the Nephites during the last recorded battle at Cumorah.

Little is known about this group of “-ites” in the Book of Mormon, except that they were the posterity of Nephi’s younger brother and were always considered Nephites, politically and culturally. They are first listed when Jacob explains his definition of “Nephite” and “Lamanite” in Jacob 1:13.

When the Lord confused the language of the people at the “great tower,” Jared and his family built barges and traveled to the promised land. Though several families came, the book of Ether primarily follows Jared’s descendants, which is why we refer to them as Jaredites. The only time they are referenced by this name is in Moroni 9:23.

As with the Jacobites, nothing is known about this group of “-ites” other than that they were descendants of Nephi’s youngest brother, Joseph. They were also counted among the Nephites.

The name “Lamanite” meant several different things throughout the Book of Mormon. In the beginning, these “-ites” were the children of Laman. However, the prophet Jacob defines the name as it is used throughout the rest of the Book of Mormon: to identify anyone who was rejected the Nephites and the message of Christ, including the Lemuelites and Ishmaelites and later the Amalekites and wicked Zoramites. It is uncertain if Lamanite rulers were all descendants of Laman, though it seems unlikely. (King Lamoni’s father was a descendant of Ishmael, and two Nephite dissenters, Amalickiah and Ammoron, claimed the throne at one point.)

We know little about the Lemuelites, except that they were the descendants of Lehi’s second son, Lemuel. No more is said of them, though they are listed among the groups that formed the culturally defined group of Lamanites.

Like the Lamanites, the descendants of Nephi were not the only ones known as Nephites. Though political leadership, including kingship, judiciary jurisdiction, and military leadership was reserved for Nephi’s posterity, the Nephites also included the Jacobites, Josephites, and Zoramites. Those who followed Jesus Christ and joined His church were also generally counted among the Nephites. Nephite leaders are the ones who recorded the Book of Mormon.

After Nephi and his brothers returned to Jerusalem to retrieve the brass plates from Laban, they brought Laban’s servant, Zoram, with them. His descendants are the first set of Zoramites mentioned in the Book of Mormon. These Zoramites were listed among the groups of “-ites” that made up the Nephites.

The second group of Zoramites followed another Zoram—an apostate Nephite who lived about 74 B.C. These Zoramites are best remembered for their elaborate worship practices and prayers from the Rameumptom, or holy stand, and eventually joined themselves with the Lamanites, where many of them became captains in the Lamanite army.

One other group of “-ites” commonly connected with the Book of Mormon is the Mulekites, who descended from Mulek, son of King Zedekiah, after he fled Jerusalem and Babylonian conquest with a small number of people in about 586 B.C. This group was discovered by Mosiah and his people in a land called Zarahemla (the name of their ruler, who was a descendant of Mulek). The Mulekites are remembered for having found the last known Jaredite survivor, Coriantumr. The Mulekites are never called by that name in the Book of Mormon.

Original list taken from The Mormon Book of Lists with additional information found on eom.byu.edu/index.php/Book_of_Mormon_Peoples.