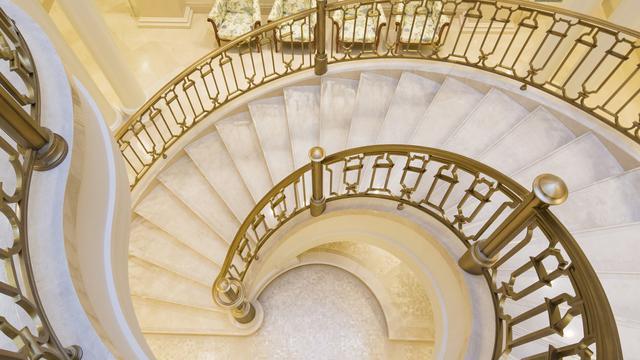 The five temples that were announced will be built in Brasília, Brazil; the greater Manila Philippines area; Nairobi, Kenya; Pocatello, Idaho; and Saratoga Springs, Utah. Learn more about each of these temple sites here. 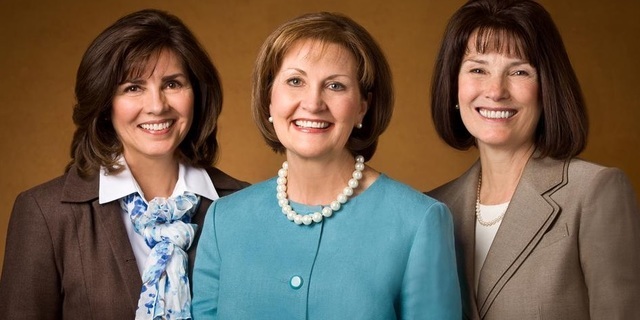 On March 9, Sister Linda K. Burton, general Relief Society president, posted to Facebook, announcing that she and her presidency recently updated the Relief Society purpose, adding new wording to reflect several messages that are important for sisters to understand.

The purpose of Relief Society, which previously said, "to increase faith and personal righteousness, strengthen families and homes, and seek out and help those in need" now reads, "to increase faith in Heavenly Father and Jesus Christ and His Atonement; strengthen individuals, families, and homes through ordinances and covenants; and work in unity to help those in need."

To read more about the reasons behind these inspired changes, click here. 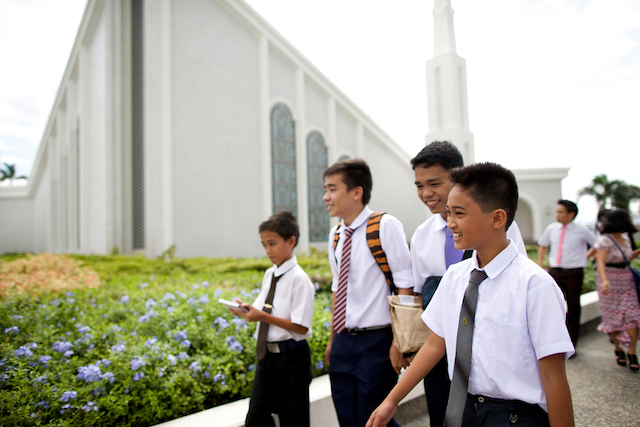 In May, the First Presidency announced in a letter that the Church will no longer charter Varsity and Venture Scouting programs. "As part of the Church's ongoing effort to evaluate and improve its service to families and young people worldwide, the Church will no longer charter Varsity or Venturing units with the Boy Scouts of America and Scouts Canada effective January 1, 2018," the letter reads. Instead, they released a new Church program for young men ages 14–18. 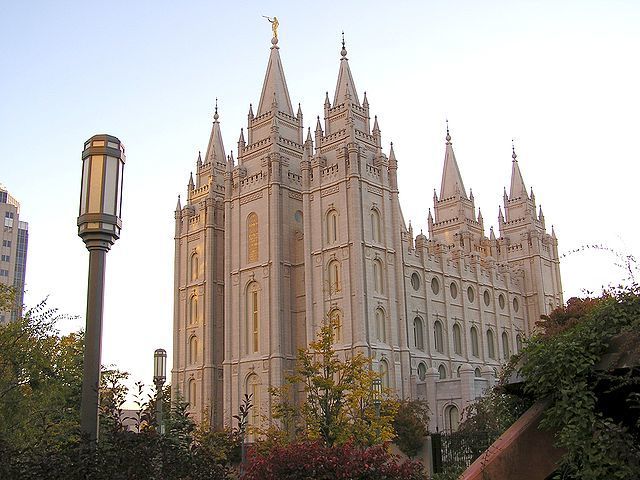 Following the Charlottesville shootings, the Church released a series of statements: the first condemning racism and the second condemning "white supremacy agenda." The statements explicitly stated:

"People of any faith, or of no faith at all, should be troubled by the increase of intolerance in both words and actions that we see everywhere. More than a decade ago, the late Church President Gordon B. Hinckley (1910-2008) addressed the topic of racism when speaking to members of The Church of Jesus Christ of Latter-day Saints. He powerfully and clearly taught this principle: 'No man who makes disparaging remarks concerning those of another race can consider himself a true disciple of Christ. Nor can he consider himself to be in harmony with the teachings of the Church of Christ.' For members of the Church, we reaffirm that teaching today and the Savior's admonition to love our neighbor. . . .

"It has been called to our attention that there are some among the various pro-white and white supremacy communities who assert that the Church is neutral toward or in support of their views. Nothing could be further from the truth. In the New Testament, Jesus said, “Thou shalt love the Lord thy God with all thy heart, and with all thy soul, and with all thy mind. This is the first and great commandment. And the second is like unto it, Thou shalt love thy neighbour as thyself” (Matthew 22:37-39). The Book of Mormon teaches “all are alike unto God” (2 Nephi 26:33).

"White supremacist attitudes are morally wrong and sinful, and we condemn them. Church members who promote or pursue a “white culture” or white supremacy agenda are not in harmony with the teachings of the Church." 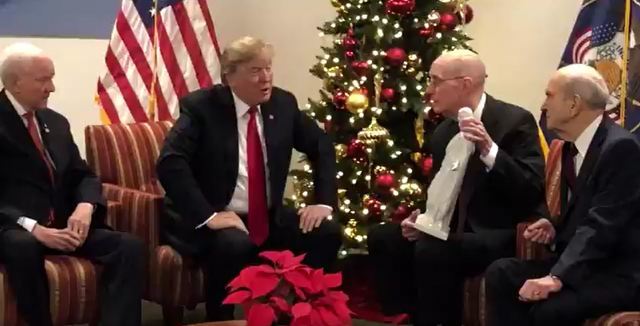 "You're helping people," President Trump praised the LDS Church as he toured Welfare Square at the beginning of December.

“I know so many people that are in your Church,” Trump told LDS Church leaders. “The job you’ve done is beyond anything you could think of—180 countries, taking care of people . . . and the respect that you have all over the world.”

As part of his visit to Utah, Trump toured the Church's welfare hub and met with President Henry B. Eyring, President Russell M. Nelson, Presiding Bishop Gerald Causse, General Relief Society President Jean B. Bingham, and Utah Senator Orrin Hatch. During the meeting, Trump praised President Nelson's work as a heart surgeon, saying he was a “great heart surgeon; one of the best in the world” but “he decided to help even more people" by becoming a religious leader. Before President Trump left Utah, President Eyring presented Trump with a Christus statue.

During the Saturday afternoon session of conference, President Dieter F. Uchtdorf announced a new Relief Society general presidency that was sustained by the Church: Jean B. Bingham, Sharon Eubank, and Reyna I. Aburto.

Sister Bingham, who was called at the 17th general president of Relief Society, was recently serving as the first counselor in the Primary general presidency at the time of her call. Sister Eubank works as the director of LDS Charities, a role she will continue while serving as the Relief Society presidency first counselor. Sister Aburto was born in Nicaragua and served on the Primary general board from 2012 to 2016. Learn more about the new presidency here.

President Uchtdorf announced that Sister Bonnie H. Cordon, who was the second counselor, would become the first counselor in the Primary presidency and Sister Cristina B. Franco would become the newest member of the Primary general presidency. Born in Buenos Aires, Argentina, Sister Franco was serving with her husband in the Argentina Resistencia Mission at the time of her call. Learn more about her here. 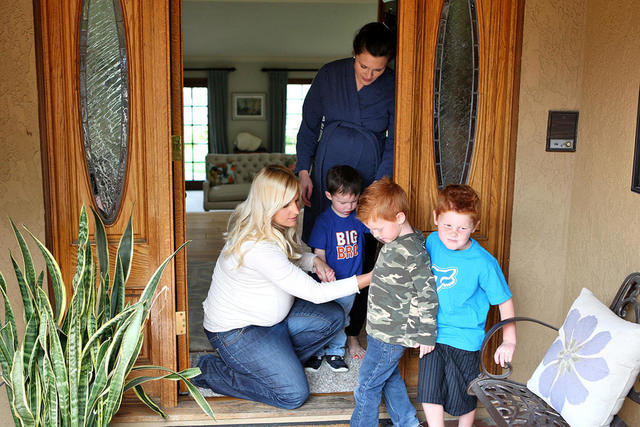 In 2018, the Church will be changing the monthly visiting teaching message to help sisters focus on ministering to each other in personal, individualized ways.

"Rather than providing a specific message, each month a 'Visiting Teaching Principle' will provide ideas to help sisters minister more effectively to each other,"LDS Church News says.

“We want to help sisters understand how to really care for and strengthen each sister,” Sister Jean B. Bingham, Relief Society general president, told the Church News. “The [Church] handbook doesn’t talk about our responsibilities to teach a lesson. It talks about how ‘visiting teachers sincerely come to know and love each sister, help her strengthen her faith and give service. [Visiting teachers] seek personal inspiration to know how to respond to the spiritual and temporal needs of each sister they are assigned to visit.’” 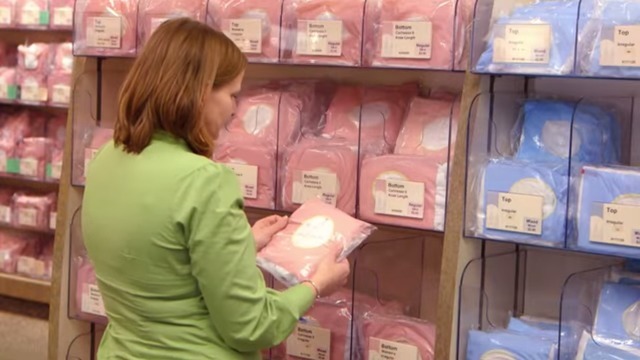 In order to prepare for new garment styles and products that will soon be introduced, Beehive Clothing discontinued a few of the current garment styles for men and women beginning October 31, 2017.

As Hurricane Harvey descended on Texas, many homes were flooded, including the house of the Lord—the Houston Texas Temple.

My sister, who lives in Texas, sent me these pictures of the #LDS temple in #Houston. #Harvey#Mormonpic.twitter.com/ZvhSAr1WZP

But this wasn't the only natural disaster that impacted the lives of Latter-day Saints and inspired relief efforts from the Church. From hurricanes in the Caribbean to mudslides in Sierra Leone to wildfires in California to earthquakes in Mexico, LDS Charities and Mormon volunteers jumped in to help those impacted by such horrible tragedies.