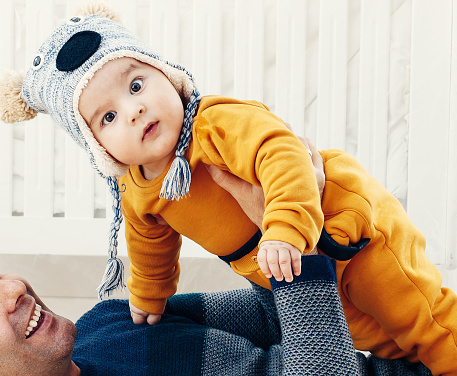 Fliahona, Liahona, Iron Rod, and Urim and Thummim for twins

Fliahona is a name we have definitely never heard of before. We guess wanting your son/daughter to be as firm as the Iron Rod or insightful as the Liahona makes some sense. And can you imagine how cute a 2-year-old stumbling to say either Urim or Thummim would be?

Obviously, a parent would want their child to grow up to be as obedient as Nephi, or live as courageously as Abinadi. But, just envision introducing this line up of sons to a fellow member of the Church: “This is Nephi, Abinadi, and . . . Lemuel.”

Is Shelem not quite ringing a bell? Shelem is mentioned once in Ether 3 as a mountain of “exceeding height.” Maybe these parents were hoping for an exceptionally tall child?

Though the hill Cumorah is where the Nephites, Lamanites, and earlier the Jaredites all were destroyed, it is also where the gold plates of the Book of Mormon were safely hidden and plays a significant role in our history.

Thanks to this list, the next time you read the Book of Mormon you won't help but notice potentially popular Latter-day Saint baby names.

► You'll also like: TODAY Ranks Utah's Quirkiest Baby Names—and Latter-day Saints Have Something to Do with It