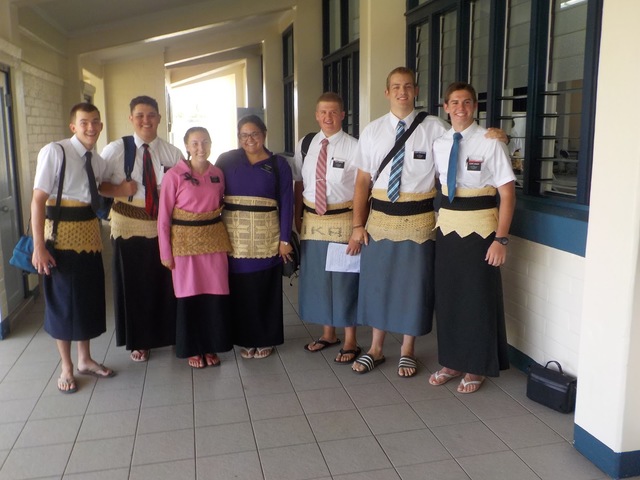 Correcting Grammar from the Pulpit

In Hawaii, speakers say "Aloha!" at the beginning of their talk, and everyone in the congregation repeats it back. Similarly, in Micronesia, speakers begin with "Good morning," and everyone repeats the greeting.

In Denmark, members always sing every verse of the selected hymns in sacrament meeting . . . even the long ones!

In South Korea, it is customary for everyone in the room to say "thank you" out loud following the "amen" at the close of a prayer.

If you're giving a talk in Poland, beware! Members are not afraid to correct a speaker's grammar in the middle of sacrament meeting.

► You'll also like: Why Families Don't Sit Together at Church in South Korea + 3 More Fascinating Facts

In Spain, wards and branches hold their own ward family night each week on a day other than Monday. At these activities, members can enjoy each others' company and invite investigators to participate in a casual, relaxed setting. They usually play games, have a lesson, and eat snacks.

In South Korea and Thailand, some wards and branches host lunch at the church immediately following the block, since many members have a long way to travel to get back home. In South Korea, they keep bags of rice and enormous rice cookers in the church kitchens and members all bring something to contribute. In Thailand, "Everyone is welcome, but no one is assigned to bring food. The same faithful women and men bring plenty of rice and homemade treats to feed the entire ward and any investigators every week!" says returned missionary Sofia Belnap. 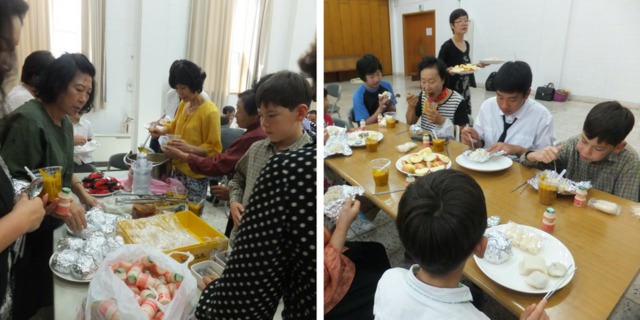 The Andong, South Korea branch sharing lunch after a baptism. Images courtesy of the author.

Due to time zone differences, many members around the world watch general conference together at the church building a few days or weeks after the original broadcast. In Ireland, for example, all the Saturday sessions are watched on Sunday, and in Puerto Rico, members gather and hold a potluck together between sessions.

In Tonga, missionaries adopt traditional clothing. Elders wear white shirts, ties, a black tupenu (similar to a long skirt), and a ta'ovala (a woven mat) and a kafa (string belt) around their waists. Sisters wear a long traditional dress called a puletaha and a tupenu. 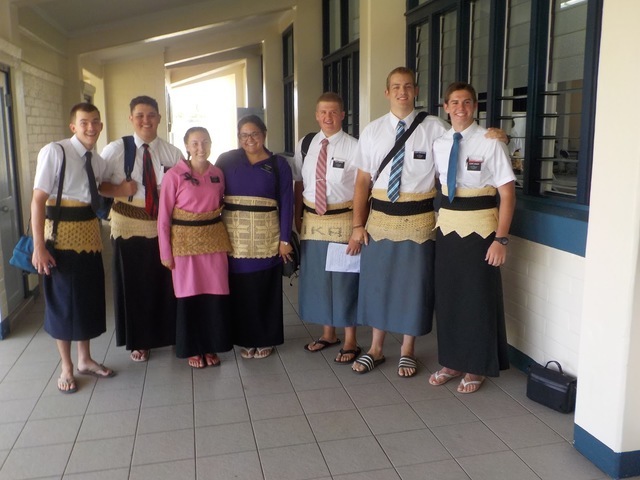 They have traditional best-dress attire in the Philippines as well. Men, for example, will wear light dress shirts called barongs when they visit the temple.

Children in South Korea wear traditional hanbok dresses and suits when they perform in the Primary program each year. 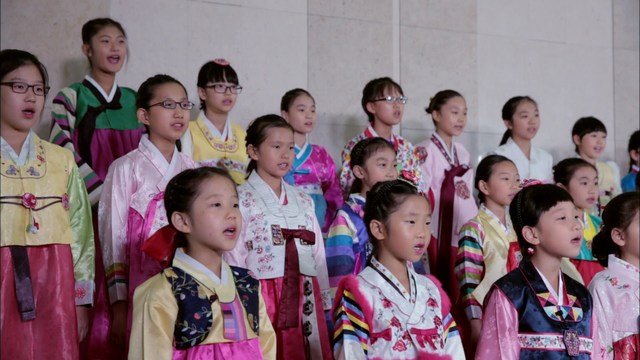 These are just some of the unique traditions Church members have around the world.