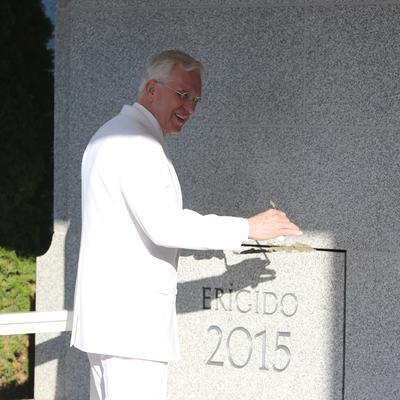 2 Apostles With Unexpected Connections to the New Cordoba Argentina Temple

The Cordoba Argentina temple became the 145th operating temple this weekend after being dedicated in three sessions by President Dieter F. Uchtdorf.

But beyond President Uchtdorf's connection to the temple as the one to dedicate it to the Lord, two other apostles have unique connections to the Argentinian Saints:

Accompanying President Uchtdorf to the new temple's dedication, Elder Christofferson reminisced on his many fond memories of the area. “There are so many wonderful memories for me here—time with companions and time with the mission president and his family,” he told the Church News. “Still, it’s hard to imagine what a transformation has happened.”

He added, “I remember knocking on the doors of families just five or six blocks from here."

In a Mormon Newsroom article, he said, "It's almost surreal. Something beyond my fondest imaginations that we [the Church] would be here dedicating a temple, some 50 years, more or less, from my mission service time. It's a great blessing, a miracle, really."