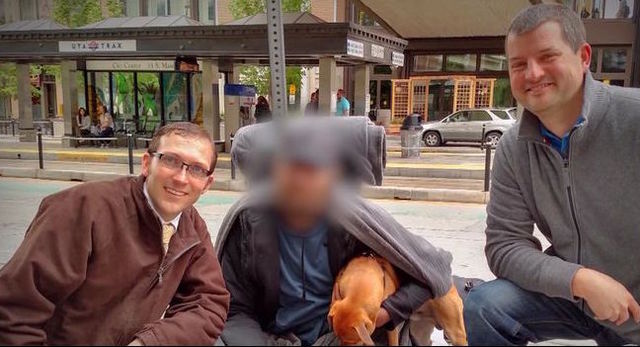 Two LDS men came across one of their best childhood friends they had not seen in years, after discovering he was living homeless on the streets of Salt Lake City.

Michael Hansen usually got off on the Temple Square TRAX stop when he headed to Salt Lake City. Sometimes he offered food to homeless people but never money.

But one day, his commute to work was different. When he got off on the Main Street stop, he saw a homeless man asleep on the sidewalk and he felt compelled to give him a dollar.

"When I looked up at him, my jaw hit the floor pretty much," Hansen said. "It was my best friend from elementary school (and) all through high school."

"I was happy he found me, but at the same time unhappy because I didn't want him to see me like that," the homeless man said. (KSL chose not to identify the homeless friend, but he agreed to share his side of the story.)