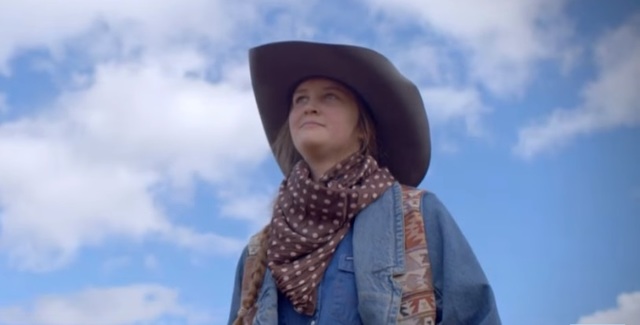 2 Mormons Still Standing on "American Idol"? The LDS Contestant No One Knew About

News sites, LDS blogs, and Mormon magazines have all been keeping close tabs on Mormons still standing on American Idol. And, when the Top 24 were announced, everyone rejoiced to know that one Mormon, Jenn Blosil, still stood in the ranks vying for the title of America's last Idol.

But what these media channels, including LDS Living, didn't know is that another Mormon made it into the Top 24 and even advanced into the Top 14: Jeneve Rose Mitchell.

So how did Mitchell fly under the radar? Some of it may have to do with her age, since as a 15-year-old minor, not a lot has been released about her background and beliefs. But what's more, Mitchell grew up "off the grid," as she explains it, growing up without electricity or running water.

However, thanks to her fans and friends in the Paonia Colorado Ward (a ward made up of five teeny-tiny towns that don't even have a stoplight between them), it has been confirmed that Mitchell is a faithful Latter-day Saint and that there are two LDS contestants in American Idol's Top 14.

Mitchell has been stealing the hearts of people across America as being "without a doubt one of the most unusual contestants to ever audition for the show, much less make it this far in the competition," according to AmericanIdol.net.

A teenage cowgirl from western Colorado, Mitchell lives on a remote mountain ranch. The closest neighbors are six miles away.

“We can’t get power lines up there,” she told Fox411, “so we use kerosene lanterns. And twice a week, during American Idol season, we turn on a generator to get the TV going.”

A homeschooled student, in Mitchell's spare time she trains horses, plays music, and sings. She is also a versatile performer who has taught herself how to play the string bass, violin, cello, banjo, guitar, harp, fiddle, mandolin, flute, finch horn, ukulele, piano, trumpet, and the kazoo. Mitchell's fringe jackets, cowboy hats, and rodeo getups aren't an act she's playing for a TV audience—it's the life she lives every day. And it is one that, when combined with her striking voice and genuine personality, has helped this country girl win over fans across the country.

Check out some highlights of Mitchell's incredible performances below:

Audition: "Chainsaw" by The Band Perry

Final judgement before Top 24: "Ring of Fire" by Johnny Cash