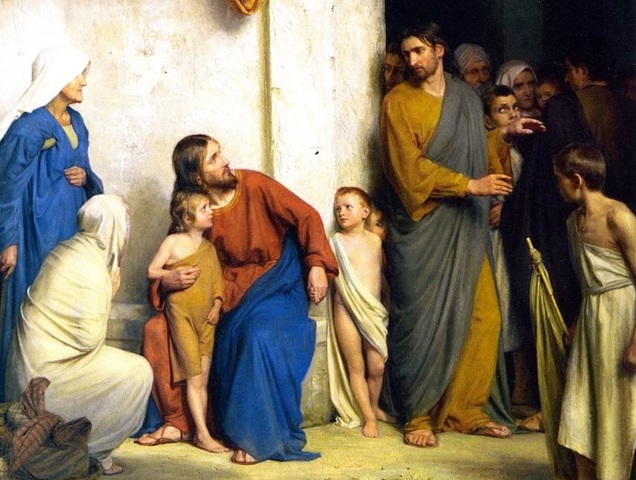 2 Ways Jesus Put the Broken Family Back Together

In New Testament times, family life centered on households rather than on what we would call the nuclear family—a father, mother, and their children. Wealthy households were much larger than the vast majority of households; however, all shared some common characteristics. They included not only kinship members of the extended family but also attached servants, slaves, laborers, and in the case of those with extreme wealth, numbers of individuals considered to be “retainers”—accountants, wet nurses, gardeners, tailors, barbers, cooks, bakers, guards, and even secretaries and teachers, musicians, etc. Everyone had a place—except the outcasts, whom Jesus loved and healed. They included vast numbers of people who belonged to no household. They were those who were diseased or considered grossly sinful.

Knowing those facts, the language of Acts is revealing. We learn that in a vision Peter was commanded to preach the gospel to a Roman soldier called Cornelius and his “household.”  When Peter arrived in the city of Caesarea, Cornelius summoned “two of his household servants, and a devout soldier” (Acts 10:7 KJV) as well as his “relatives [extended family] and close friends” (Acts 10:24 NIV). Luke, the author of Acts, assumes we all know that Cornelius’s household included all those individuals.

The question we asked ourselves as we attempted to write about Jesus and the family was something we considered as we read Mathew’s account of an exchange about his mother, Mary, and his brothers asking to see him: How did His declaration that his family members were His committed disciples, instead of His actual “brothers” and his “mother,” square with the modern concept of the nuclear family (Matt. 12:46-50)? Here are two possible answers:

For Jesus, the family relationships we described at first were not abandoned but rather reconfigured by means of expansion.  Old segregated households were merged into the new one called God’s family, or His Kingdom.  The ideal family, then, was not a nuclear one, nor was it even a traditional household. It was instead the entire Christian community gathered together.  Membership in the family and Kingdom came by way of baptism, symbolizing a new birth not always dependent on mortal kinships. Therefore, members referred to each other as brothers and sisters, who on bended knees acknowledged “the Father of our Lord Jesus Christ, of whom the whole family in heaven and earth is named” (Eph. 3:14–15 KJV).  To leave the traditional family or household meant joining a new and liberating one.  It also meant coming back to the family of God our Father.

2.  Jesus taught that all members of God’s family were of equal value and ultimate worth.

Jesus undoubtedly recognized here that the idea of a kingdom led by God rather than by the established hierarchy of the ancient household was the true or ideal family. He also undoubtedly realized that His doctrine would be seen as a paradox of genuine concern for His own family as well as other families in traditional Judaism because it was a seeming renunciation of the family, as it was known. It was a provocative idea in the context of a culture where a person’s identity, worth, status, and personal happiness were subordinated to an assigned place within the household.

Jesus said the new family was actually a kingdom where, amazingly, the king allowed even the very least members of a household—slaves and bondsmen and women—to also be His children and literal heirs.

This vastly expanded idea of family may seem counterintuitive to people living in the 21st century, who hold up the nuclear family (father, mother, and their children) as the ideal arrangement.

But when we understand that the term nuclear family begins to appear only in the early 20th century and is not comprehensive enough to describe the complexity of actual family relationships, the Savior’s teaching about family is clear and inspiring. And what Joseph Smith ultimately taught about how the family should be organized is exactly what Jesus had in mind. Temple rituals, which were instituted in Nauvoo, Illinois, in the 1840s before the Prophet’s death, enlarged family relationships and, as it came to be practiced, involved sealing families together into one unbroken genealogical chain. Modern temple ceremonies brought all of God’s children into the Kingdom of God as His heirs. “Sealing” His children to each other was the way to put God’s broken earthly families back together again. 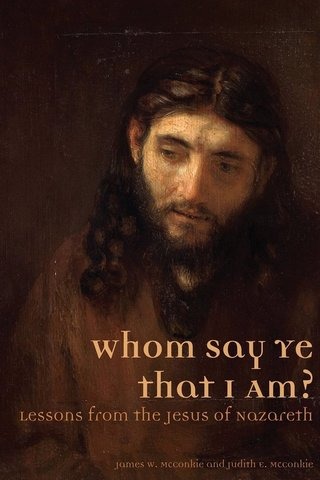 James and Judith McConkie are the authors of Whom Say Ye That I Am: Lessons from the Jesus of Nazareth, published by Kofford Books. It is available at Deseret Book stores and online and through barnesandnoble.com and amazon.com. This is the third in a series of essays about lessons they learned in writing the book. Watch for more at ldsliving.com.