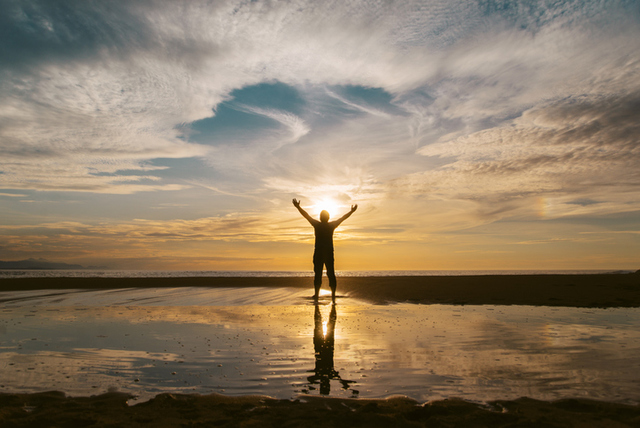 20 Powerful Scriptures About Freedom and Liberty

With both Memorial Day and Flag Day having come and gone in the past couple months, the season of celebrating freedom in the United States is approaching its peak on July 4, when the country commemorates the day it declared its independence.

At the forefront of esteemed American liberties is the freedom of religion, an ideal especially valued by Latter-day Saints, whose forefathers endured intense persecution after the restoration of the Church.

Agency is a cherished part of our mortal existence, and more than just allowing us to worship "according to the dictates of our own conscience," the U.S. gives us the freedom, as long as we're not breaking civil law or harming anyone else, to exercise that essential aspect of our faith. We are free to choose whether to follow God or not, just as Heavenly Father’s plan dictates.

"Now there was no law against a man’s belief; for it was strictly contrary to the commands of God that there should be a law which should bring men on to unequal grounds.

"For thus saith the scripture: Choose ye this day, whom ye will serve.

We should celebrate that this freedom is still had in America today.

Here are 20 of our favorite scriptures about freedom and liberty found within the scriptures:

"And ye shall know the truth, and the truth shall make you free."

"If the Son therefore shall make you free, ye shall be free indeed."

"Because the creature itself also shall be delivered from the bondage of corruption into the glorious liberty of the children of God."

"Now the Lord is that Spirit: and where the Spirit of the Lord is, there is liberty."

"Stand fast therefore in the liberty wherewith Christ hath made us free, and be not entangled again with the yoke of bondage."

"I, the Lord God, make you free, therefore ye are free indeed; and the law also maketh you free."

"Therefore, it came to pass that they assembled themselves together in bodies throughout the land, to cast in their voices concerning who should be their judges, to judge them according to the law which had been given them; and they were exceedingly rejoiced because of the liberty which had been granted unto them.

"And they did wax strong in love towards Mosiah; yea, they did esteem him more than any other man; for they did not look upon him as a tyrant who was seeking for gain, yea, for that lucre which doth corrupt the soul; for he had not exacted riches of them, neither had he delighted in the shedding of blood; but he had established peace in the land, and he had granted unto his people that they should be delivered from all manner of bondage; therefore they did esteem him, yea, exceedingly, beyond measure."

"And he also declared unto them that they might have the liberty of worshiping the Lord their God according to their desires, in whatsoever place they were in, if it were in the land which was under the reign of king Lamoni."

"And Moroni was a strong and a mighty man; he was a man of a perfect understanding; yea, a man that did not delight in bloodshed; a man whose soul did joy in the liberty and the freedom of his country, and his brethren from bondage and slavery;"

"For, brethren, ye have been called unto liberty; only use not liberty for an occasion to the flesh, but by love serve one another."

"As free, and not using your liberty for a cloak of maliciousness, but as the servants of God."

"Abide ye in the liberty wherewith ye are made free; entangle not yourselves in sin, but let your hands be clean, until the Lord comes."

America Is a Promise Land and a Free Nation

"Wherefore, this land is consecrated unto him whom he shall bring. And if it so be that they shall serve him according to the commandments which he hath given, it shall be a land of liberty unto them; wherefore, they shall never be brought down into captivity; if so, it shall be because of iniquity; for if iniquity shall abound cursed shall be the land for their sakes, but unto the righteous it shall be blessed forever."

"Wherefore, Joseph truly saw our day. And he obtained a promise of the Lord, that out of the fruit of his loins the Lord God would raise up a righteous branch unto the house of Israel; not the Messiah, but a branch which was to be broken off, nevertheless, to be remembered in the covenants of the Lord that the Messiah should be made manifest unto them in the latter days, in the spirit of power, unto the bringing of them out of darkness unto light—yea, out of hidden darkness and out of captivity unto freedom."

"And now I desire that this inequality should be no more in this land, especially among this my people; but I desire that this land be a land of liberty, and every man may enjoy his rights and privileges alike, so long as the Lord sees fit that we may live and inherit the land, yea, even as long as any of our posterity remains upon the face of the land."

"Behold, this is a choice land, and whatsoever nation shall possess it shall be free from bondage, and from captivity, and from all other nations under heaven, if they will but serve the God of the land, who is Jesus Christ, who hath been manifested by the things which we have written."

For more scriptural references to liberty, refer to the topical guide here. Or to learn more about the Church's beliefs on religious freedom, watch the short explanatory video below: