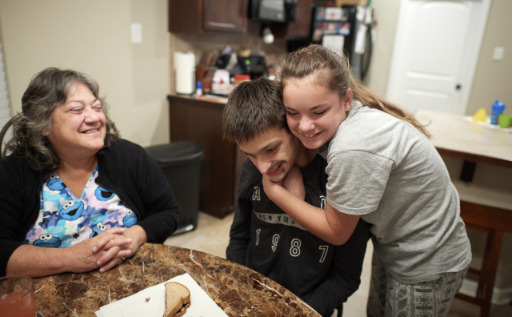 20 Years Ago, This Latter-day Saint's Son Nearly Drowned. Here's Why She Says "God Blesses Me"

For Southern Louisiana native, Esther, a day of flooding after heavy rain was nothing out of the ordinary—until it became her worst nightmare.

In the most recent issue of the Liahona, Esther tells the story of how her 2-year-old son, Matthew, had fallen into the swift current of a ditch. When Esther’s husband, George, found Matthew, he had been underwater for 15 minutes.

Esther and her husband rushed Matthew to the hospital where their bishop gave Matthew a blessing. Esther’s bishop told the couple that Matthew was “going to be fine” but only in God’s time.“We prayed and we just knew everything would be okay. No matter what Matthew’s issues would be, we had faith that it would be fine.”

Miraculously, Matthew survived the near-drowning experience. “It was the worst day of my life, but Heavenly Father gave him back to me.”

Matthew suffered brain damage from the lack of oxygen. Esther has been caring for Matthew every day for the past 20 years.

“He’s still my baby,” Esther says of Matthew. “There’s no love like the love from a person with special needs. We love each other very much. We have a very special bond. God blesses me. He really does.”

READ THE REST OF THE STORY IN THE Liahona.