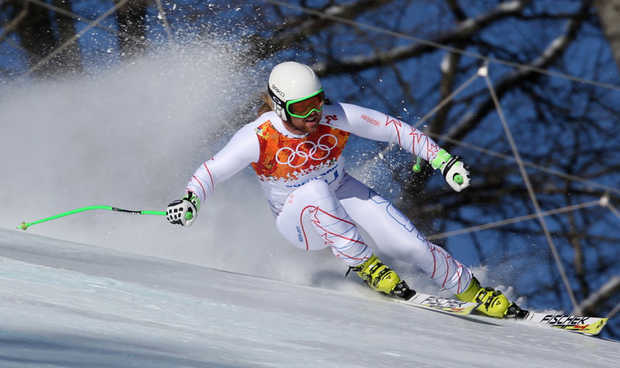 Check out in a glance which Mormon Olympians won what at the 2014 Sochi Olympics.

Bissett, a Canadian bobsledder, is no stranger to the Olympics. This was his third Olympic appearance, after winning a bronze medal in the four-man sled event in Vancouver in 2010. Bissett is the brakeman for his team, meaning that he’s the last one to get into the sleigh and the last one to give it its final push. At these games, Bissett and his team placed 9th in the four-man bobsled event.  Not only is he a 3-time Olympian, but he’s also a spiritual giant.

Bright grew up in Australia has competed for her country in both the 2010 Vancouver Olympics and the 2014 Sochi Olympics, carrying the flag for her country both times. In 2010, she astounded everyone by winning the gold in the halfpipe and quickly became a household name. This year, she competed in three events—the women’s slopestyle (new this year), the halfpipe, and boarder-cross—an unprecedented feat.  She won silver in the women’s halfpipe in Sochi and continues to astound her competitors and fans with her energy, skills in the pipe, and example of faith.

Fisher is a speedy downhill skier who, when healthy, is a downright dangerous competitor. He grew up on the slopes of Idaho and learned to love all sports. He was named part of the alpine ski team for the Vancouver Olympics in 2010, but was unable to compete due to injury. This year, he was edged out of the final run and therefore didn’t have a chance to medal.

This bobsledder is also a Utah native and a captain in the U.S. army. He competed with his four-man team in Vancouver in 2010, where the team experienced a devastating blow after crashing and finishing last. But this year was different. Fogt and his American teammates finished third in the Sochi Olympics. The medal, although bronze, felt like gold for Fogt who had dreamed about the moment for years.

Hansen, a recent BYU grad, competed in the women’s luge event for her Olympic debut. But she’s no stranger to winning in the luge, after winning in Junior World Cup events. And even after she only placed 10th in Sochi, she still made headlines after doing a prank viral video with Jimmy Kimmel and a wolf and showing off her pre-race dance routine to Beyonce.

Hansen was also highlighted in Deseret News for a missionary experience she had while in Sochi.

Competing against Australian Mormon Torah Bright, Jensen was privileged to compete in the first slopestyle Olympic event at the Sochi Games. She came in 5th in the semifinals but was unable to secure a chance for a medal.

Though he didn’t try the sport until he was 25, the unassuming mail carrier competed on the Canadian skeleton team in the Sochi Olympics. He came in 13th overall.

A three-time Olympian, Niccum came in 6th in the first Olympic luge team relay in Sochi. He shared his story of struggling to stay faithful to the Church while participating in the Olympics with Deseret News.

An American alpine skier, Nyman has competed in three Olympic Games including Sochi. He came in 27th place in the men’s downhill this year, and has also placed 20th in 2010 and 19th in 2006 in the same event.

In the 2010 Winter Games the skeleton World Cup champion came in fourth place and barely missed a medal. This year she returned to follow her dream of an Olympic medal accompanied by “Team Pikus-Pace,” which consists of her husband and two children. Pikus-Pace came out of the Sochi Olympics sporting a silver medal earned in the women’s skeleton event, nestled next to her Young Women’s medallion, as was noted by several news sources. Noelle’s incredible example of faith and determination has been covered extensively in a variety of places including LDS Living, LDS Church News, Deseret News, and Mormon Women.