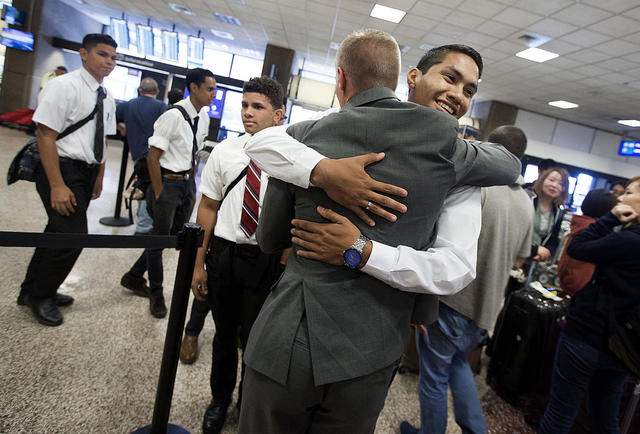 We wish the best of luck for these missionaries.

It’s not unusual for Mormon missionaries to come down the escalators of the Salt Lake International Airport on weekday afternoons.

But the missionaries of The Church of Jesus Christ of Latter-day Saints who arrived on the ground Wednesday from Puerto Rico weren’t coming home.

Twenty-three missionaries of the church arrived in Utah and were welcomed by their new mission presidents at the airport. They have been reassigned to eight missions in Utah and are among the 155 missionaries evacuated from the United States territory that was devastated by Hurricane Maria last week. The storm left most of the island without power and 60 percent of the island without water.

Mormon Life Missionaries HurricaneMissionaries,Hurricane,Mormon Life
Comments and feedback can be sent to feedback@ldsliving.com