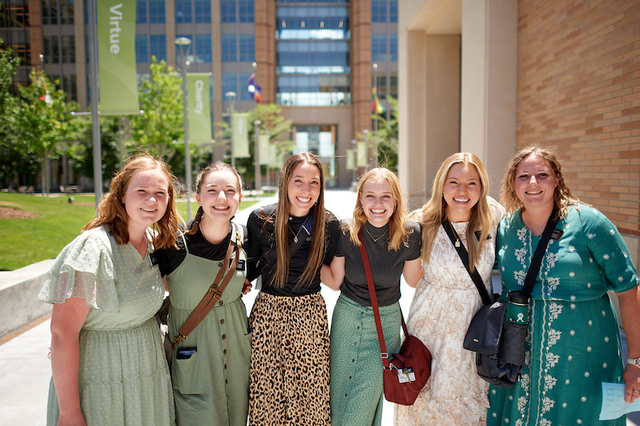 248 missionaries arrived in the Provo MTC on Wednesday. Look at these photos as they begin their service

byNewsroom of The Church of Jesus Christ of Latter-day Saints | Jun. 24, 2021

For the first time in 15 months, a small group of new missionaries arrived at the missionary training center (MTC) in Provo, Utah, on Wednesday afternoon to start in-person training.

A new era of online instruction at home for a week before heading to the MTC for completion also began today. “I think that we've noticed that relationships have already been built, because they're seeing the members of their district here,” said President Benson L. Porter, the president of the Provo MTC. “I think some of the anxiety that they may have felt before where everything was new, is gone. Now they have some friends, they have a district.”

Sister Kerry Porter, who is serving as President Porter’s companion, helped to personally greet the missionaries as they arrived. “It's wonderful to see missionaries with such faith, and that they can be here. And it's such a historic time. To be able to utilize this sacred space and be able to really charge themselves before they head out to teach and serve,” she said.

Two hundred and forty-eight missionaries arrived in Provo on Wednesday. Similar numbers are scheduled to arrive each Wednesday in the coming weeks. Missionaries will spend approximately two weeks training in person before traveling to their area of assignment.

“I'm glad that I get to experience both home MTC and the MTC in person,” said Sister Addison Harward of Highland, Utah, who has been called to serve in the Arizona Scottsdale Mission. “Even though we were on Zoom, I felt so connected with my teachers in my district and my companion, so it was a really good experience.”

“I think the week at home really taught me how to be responsible for my own personal study, and also be there for my companion, even when it's super difficult, like over a long distance,” said Elder Jacob Taylor of Tucson, Arizona, who has been assigned to serve in the New York Syracuse Mission. “So, I think those were really important lessons that I needed to learn and they're definitely going to help me in the next two years,” he added.

The Provo MTC will operate at a reduced capacity for the foreseeable future, as a precaution. COVID tests will be administered to any missionary who exhibits symptoms during their MTC training. Additionally, only missionaries who are fully vaccinated will be eligible to train in person at the Provo MTC, as a temporary precaution.

The Ghana MTC will also begin welcoming new missionaries this week and the New Zealand MTC next week.

Missionary training centers in the Philippines, Mexico and England are also in the process of preparing to train missionaries in person, beginning in late July and August and others will follow as local conditions improve.

Missionaries and local leaders will be contacted directly if they are invited to an on-site MTC experience. Unless otherwise contacted, new missionaries will continue with online training at home.

MTCs have remained operational during the pandemic by providing virtual training to new missionaries. A total of 32,000 missionaries received online training since March of 2019. Currently, 2,766 missionaries are involved in online MTC training.

“This is a huge day for us to have missionaries at the MTC again, but this isn’t just us going back to how things used to be. This is us moving forward,” said Kelly Mills, the Missionary Department’s administrative director of MTCs. “The fact is that missionaries now will have a piece of their training at home, and then an experience here with more personalization and experiential learning. We’re moving forward. This is a new day for missionary training,” he added.

See photos of the missionaries below. 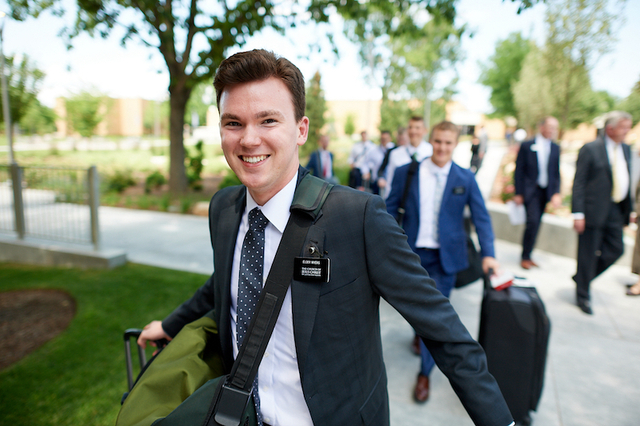 Elder Myers, a missionary for The Church of Jesus Christ of Latter-day Saints, arrives at the Provo Missionary Training Center for his two-year missionary service in Provo, Utah, on June 23, 2021. 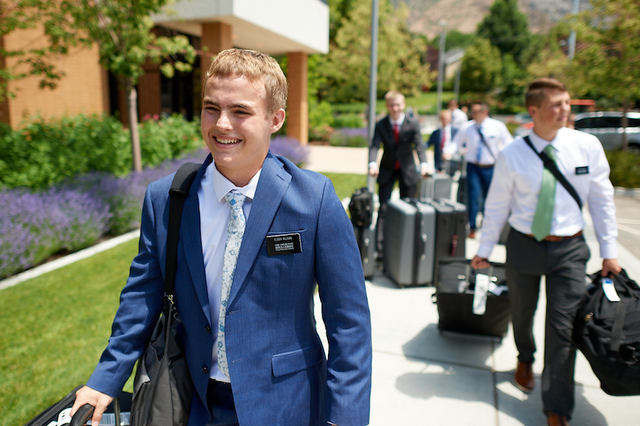 Elder Wilson, a missionary for The Church of Jesus Christ of Latter-day Saints, arrives at the recently reopened Provo Missionary Training Center in Provo, Utah on June 23, 2021. 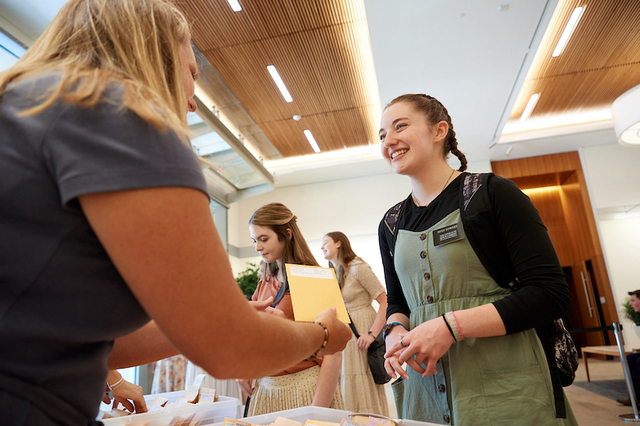 A sister missionary checks in to the Provo Missionary Training Center at the beginning of her missionary service in Provo, Utah, on June 23, 2021. 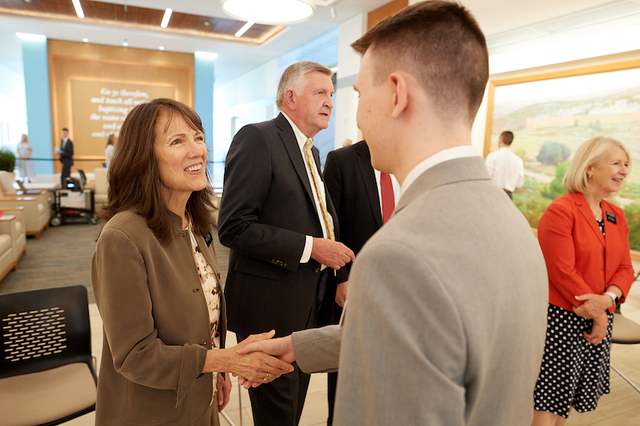 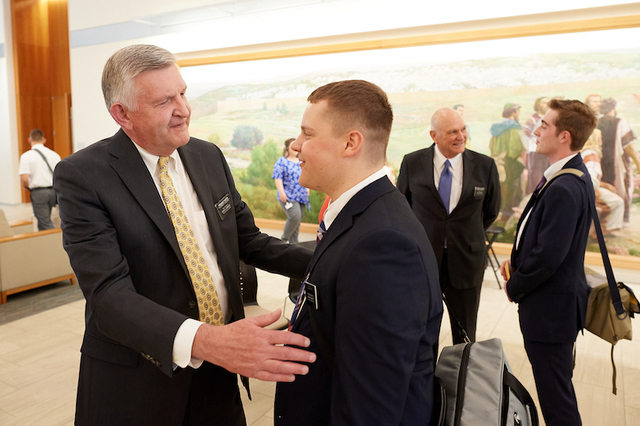 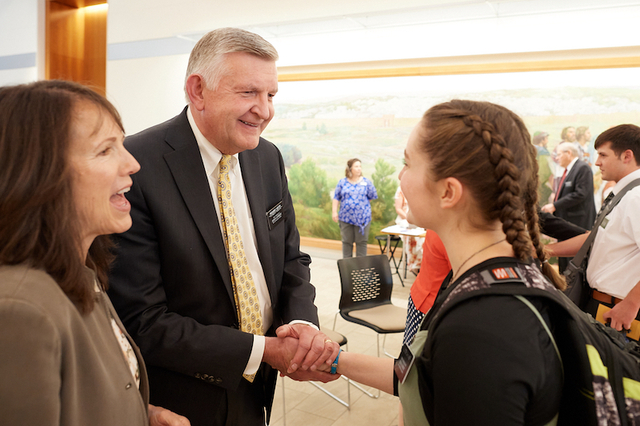 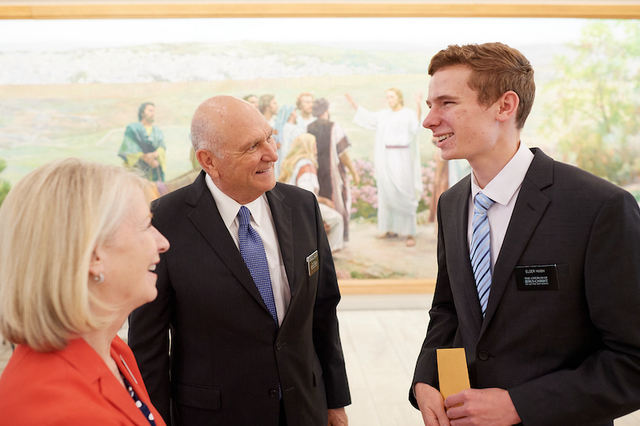 Elder Hush, a missionary for The Church of Jesus Christ of Latter-day Saints, is greeted by President Allen Alexander and Sister Denise Alexander of the Provo Missionary Training Center presidency in Provo, Utah, on June 23, 2021. 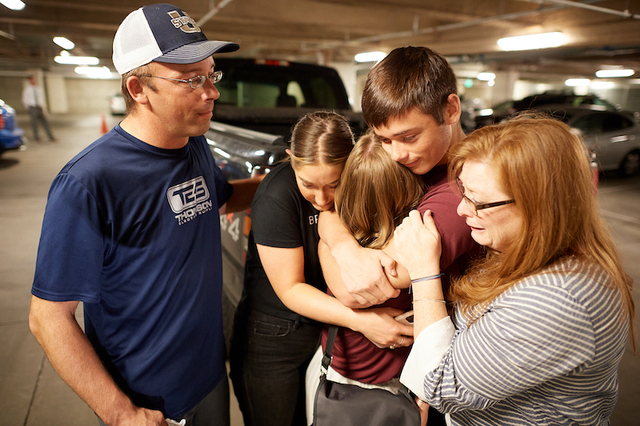 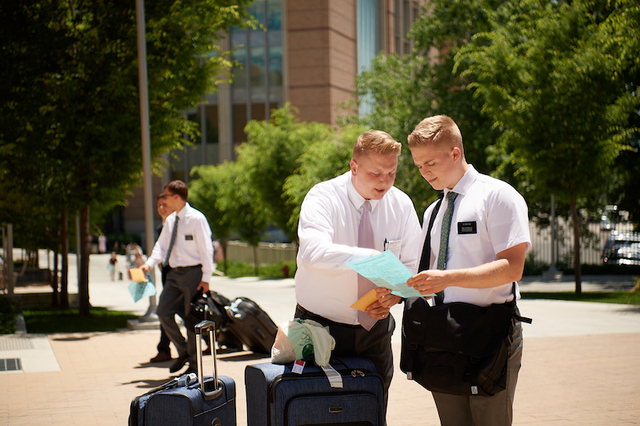 Elder Rich, a missionary for The Church of Jesus Christ of Latter-day Saints, is shown check-in instructions upon his arrival at the Provo Missionary Training Center in Provo, Utah, on June 23, 2021. 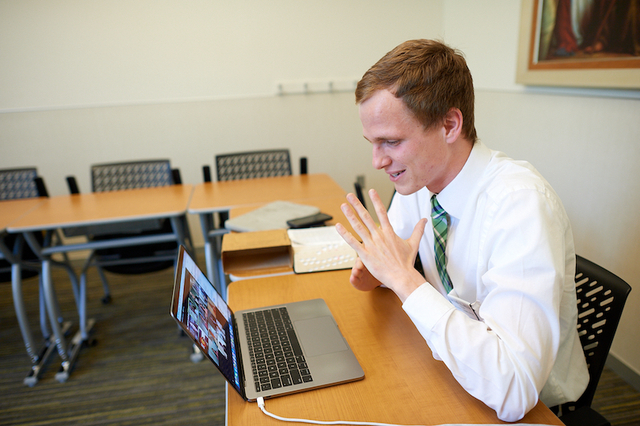 A teacher at the recently reopened Provo Missionary Training Center teaches a group of missionaries online as they prepare for their missionary service in Provo, Utah on June 23, 2021.

A group of sister missionaries pause for a photo at the recently reopened Provo Missionary Training Center in Provo, Utah, on June 23, 2021.