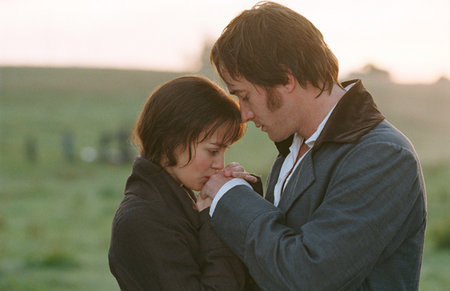 The following article originally ran on LDS Living in November 2017.

Many Latter-day Saints love snuggling up to a Jane Austen novel—or BBC adaption—for a dose of romance and culture. It's little wonder we love these storylines since Latter-day Saints are among some of the most prolific clean romance novelists on the market.

But why are Latter-day Saints so drawn to Jane Austen in particular? Probably because so much of what we find in her writing mirrors our own lives.

Here are just a few ways being a single Latter-day Saint is just like living in a Jane Austen novel:

Only in Latter-day Saint-dom or Jane Austen novels would an unmarried 27-year-old woman feel like she's nearing spinsterhood.

In either world, it's not uncommon to receive awkward or intense proposals after knowing someone only a matter of weeks.

Sentiments from Jane Austen's day encapsulate the pressure every Latter-day Saint faces today: "The business of [any single Latter-day Saint's] life [is] to get . . . married."

Whether living in Pemberly or Provo, you might find yourself engaged to a cousin—distant or not-so-distant. Best do your family history work.

Latter-day Saint singles, as well as residents from Hartfield to Netherfield Park, are all about the dances and social engagements.

Latter-day Saint women often gain a list of accomplishments in Young Women and Relief Society—and, of course, they improve their minds through extensive reading. It's a list any Regency-era woman would be proud of.

Latter-day Saints and couples from Austen's time are far more reserved when it comes to matters of courtship and intimacy before marriage.

Singles wards are not without constant marriage and dating drama, just like any Austen neighborhood.

YSA Church leaders are like your resident Emma, always meddling and willing to make a match.

Appearances aren't always what they seem, in any Austen novel or on any Latter-day Saint date.

"A [Latter-day Saint's] imagination is very rapid; it jumps from admiration to love, from love to matrimony in a moment."

But in the end, enduring the heartbreak and frustration of any Austen novel or Latter-day Saint date is always worth it. 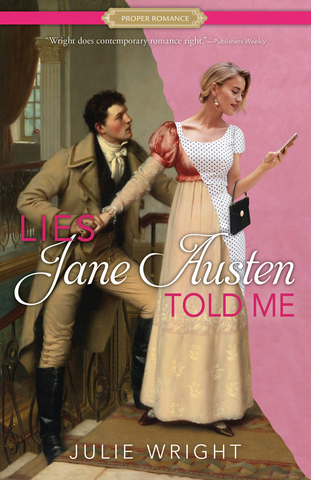 Ever since Emma read Pride and Prejudice, she's been in love with Mr. Darcy and has regarded Jane Austen as the expert on all things romantic. So when it turns out that what her boyfriend Blake wants is more of a hook-up than a honeymoon, Emma is hurt, betrayed, and furious. She throws herself deeper into her work, only to find her job threatened when her boss brings in a consultant to help her expand the business to the East Coast. Her frustration turns to shock when that consultant turns out to be Blake's younger brother, Lucas.

Emma is determined not to fall for Lucas, but as she gets to know him, she realizes that Lucas is nothing like his brother. He is kind and attentive and spends his time and money caring for the less fortunate. But as perfect as Lucas seems, he clearly has his secrets. After all, there's an angry woman demanding money from him and a little girl who Lucas feels responsible for. Realizing that her love life is as complicated as anything Jane Austen could have dreamed up, Emma must figure out the truth—and soon—if she wants any hope of writing her own "happily ever after" ending.