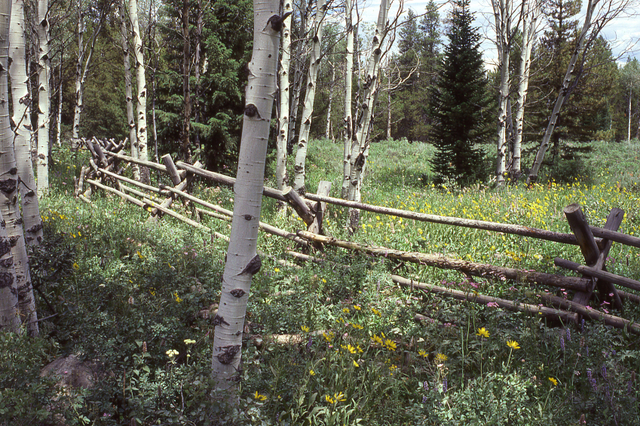 The prophet’s life as well as his words resonate with each of us and teach us how to approach our Father in Heaven. Members of the Church know, share, and love the story of when Joseph Smith prayed in a small grove of trees in Palmyra, New York in 1820. But what some Church members may not know is that this was not the only time Joseph Smith received the Lord’s comfort and power in a grove of trees.

Joseph Smith’s experiences and the revelations he received are unique to him. However, there are still things we can learn from the three different, significant “groves,” where Joseph not only came to God, but where he learned how to honorably represent Him.

The Grove of Inquiry

Often in the Church, we refer to the place Joseph Smith “designed” to seek God “vocally” as the Sacred Grove (Joseph Smith History 1:14-15). Because of his experience there, that location deserves the title. But what impelled Joseph Smith to seek his Heavenly Father in this grove?

The gift of inquiry.

Serious reflection and perhaps even some uneasiness can push us to seek the counsel of God and not settle for the conclusions of man. Joseph Smith recorded that by the time he was 12 years old, his mind had become “seriously imprest with regard to the all important concerns for the welfare of my immortal Soul....Thus from the age of twelve years to fifteen I pondered many things in my heart concerning the situation of the world of mankind” (The Joseph Smith Papers: Joseph Smith Histories, 1832–1844, vol. 1, 11).

Questions about the places and circumstances in which we live can create uneasiness and restlessness which, like Joseph Smith, may be the catalyst to spiritual rebirth or spiritual growth. In Joseph’s case, he turned to the scriptures. James 1:5 had a powerful influence upon his heart and he would reflect “again and again” upon the passage. Joseph refused to “remain in darkness and confusion.” He “came to the determination to ask God” concerning a course agreeable to salvation (Joseph Smith–History 1:11–12). He took a simple and direct question to God—a good reminder for all of us as we face our own difficult situations.

The Prophet didn’t stop with James 1:5. Nearly 10 years later, Joseph Smith, along with Oliver Cowdery, went “into the woods” and inquired of God “respecting baptism for the remission of sins, that [they] found mentioned in the translation of the plates” (History of the Church, 1:39). Their inquiry led them not only to answers about baptism but also to knowledge about the authority of the priesthood. Several other doctrines and principles of the gospel were restored or clarified because Joseph had an inquiring mind (See Doctrine and Covenants sections 57, 76, and 132).

The Grove of Refinement

On May 6, 1832 the prophet left Independence Missouri to return to Ohio. He was accompanied by Bishop Newel K. Whitney and Sidney Rigdon. While they were en route by stage coach, the horses became frightened and picked up speed, ignoring the driver. Newel K. Whitney attempted to leap from the coach. To his misfortune, a wheel caught him and he broke his leg and ankle in several places.

Whitney’s physical condition prevented him and his companions from immediately returning home. Joseph stated that they were “put up at Mr. Porter’s public house, in Greenville [Indiana] for four weeks” (Ibid). Here he administered to Whitney and did his best to make the bishop’s situation comfortable. This gave the Prophet Joseph Smith quite a bit of alone time.

During the four weeks in Greenville, Indiana, he found moments of solitude in the woods outside of town to curb the loneliness. In a letter to his wife Emma, dated June 6, 1832, he expressed:

“My Situation is a very unpleasent one although I will endeaver to be Contented the Lord assisting me I have visited a grove which is Just back of the town almost every day where I can be Secluded from the eyes of any mortal and there give vent to all the feelings of my heart in meaditation and prayr I have Called to mind all the past moments of my life and am left to morn [and] Shed tears of sorrow for my folly in Sufering the adversary of my Soul to have so much power over me as he has [had in times past] but God is merciful and has forgiven my Sins and I rejoice that he Sendeth for the Comferter unto as many as believe and humbleeth themselves before him."  (Dean C. Jessee. Personal Writings of Joseph Smith, 238).

Joseph sought refinement by acknowledging his sins and seeking the Lord’s mercy. At a time when many men would have looked back on the last few years of their life and boasted in their works or drawn public attention to their persecutions to win pity, the prophet opted to continually acknowledge his follies and humble himself before the Lord.

Joseph Smith’s experience in Greenville serves not only as an example of inquiring of God but also as an example of becoming more like Him by finding quiet time to focus on personal refinement.

The Grove of Teaching

As more and more saints gathered in and around Nauvoo, places to congregate for meetings were designated. One designated place was called the “temple stand.” Another was called “the grove” (See Sacred Places: Ohio and Illinois a Comprehensive Guide to Early LDS Historical Sites, vol. 3. LaMar C. Berrett, Ed., 169–170). The Prophet Joseph stood before the Saints and taught eternal truths on many occasions in Nauvoo, and often during the years 1839–1844, it was in “the grove.”

Doctrinal developments in the Nauvoo period allowed him to teach more about the salvation for the dead and the eternity of the marriage covenant, along with the true nature and character of God our Father. Joseph exemplified how to come unto God and converse with Him.

"When I saw Joseph Smith, he took heaven, figuratively speaking, and brought it down to earth; and he took the earth, brought it up, and opened up, in plainness and simplicity, the things of God. The excellency of the glory of the character of Brother Joseph Smith was that he could reduce heavenly things to the understanding of the finite. When he preached to the people–revealed the things of God, the will of God, the plan of salvation, the purposes of Jehovah, the relation in which we stand to Him and all the heavenly beings–he reduced his teachings to the capacity of every man, woman, and child, making them as plain as a well-defined pathway. This should have convinced every person that ever heard of him of his divine authority and power, for no other man was able to teach as he could, and no person can reveal the things of God, but by the revelations of Jesus Christ." (Millennial Star, 21 (July 11, 1863), 439.)

This was the culmination of Joseph’s teaching–to bring men and women back into harmony with the mind and will of God. Teaching effective lessons that inspire students is rewarding, but teaching in a way that helps an individual understand their relation to God has the potential to bring untold joy.

“Every member of The Church of Jesus Christ‍ of Latter-day Saints is, or will be, a teacher,” Elder Dallin H. Oaks once said. “Each of us has a vital interest in the content and effectiveness of gospel teaching. We want everyone to have great gospel teachers, and we want those teachers to help all of us find our way back, not just to them but to our Heavenly Father” (Dallin H. Oaks. Ensign, Nov. 1999, 78–80).

There are ample examples of men and women who have walked through these groves of teaching and been richly rewarded and effective in teaching the gospel. The ministry of the Prophet Joseph Smith and the sacred way he used “groves” to inquire, learn, and teach provides each of us hope and direction to know God, to come unto Him, and to teach for and about Him.