Now that another Olympic Games has passed, here are five athletes who took home a medal.

The goalkeeper for the U.S. women's water polo team, Sami Hill, makes a habit of taking first place. From the 2013 Canada Cup to the 2015 FINA World Championships in Kazan, Russia, Hill has helped her team take first place with amazing saves.

And now, Hill has helped the U.S. women's team take home a gold medal after they defeated Italy 12 to 5 in the final game.

Born in Hawaii, Hill went to college at the Univeristy of California in Los Angeles before joining the Santa Barbara Water Polo Foundation.

So honored to be standing on the podium with these amazing people! The Olympics have been an amazing experience and I'm grateful to be walking away with some hardware! Thanks for all the support! #boysintheboat #3rd #rio2016 🇺🇸🇺🇸🇺🇸🇺🇸🇺🇸

Standing at 6-feet 4-inches, Taylor Sander is a force to be reckoned with. A wing spiker for the U.S. men's volleyball team, Sander helped his team come from behind to win three consecutive sets and a bronze medal after they stood two sets behind the Russian team.

“I’m going to the locker room and take a deep breath and just enjoy it,” Sander told the Deseret News.

“This experience has been really hard, and it means a lot to me for sure,” he added.

The former BYU player is a four-time All-American and was the American Volleyball Coaches Association’s National Player of the Year in 2014.

During his debut with the U.S. national team at the 2014 World Championship Qualifier, he was named the best server and he quickly became a starter for the team. He married Rachel McQuivey in 2015. 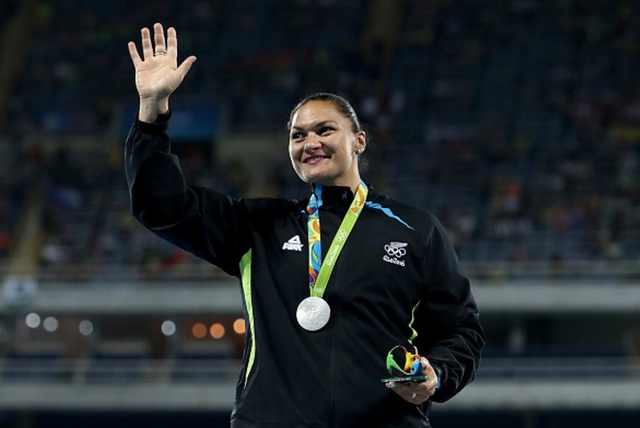 A two-time Olympic gold medalist and a four-time world champion, Valerie Adams returned to the Olympic field this year to defend her title.

Standing at 6-feet 4-inches, Adams led in the women's shot put in Rio until the final throw, when U.S. athlete Michelle Carter threw a shot that lander her in American record books, following in the footsteps of her father, Michael Carter, who got a silver medal in shot put at the 1984 Olympics.

Though Adams would have liked to have followed up her 2008 and 2012 Olympic gold medals with a third, she told the Deseret News, “It’s tough, but it’s sport.”

After an injury that required surgery last year, Adams had to work herself back into competing shape for this Olympics.

“It’s been a very tough road for me to even be here," she continues. "And for me to make it here and make it to the final and get a medal is, um, pretty awesome. I’m going to try to enjoy the moment."

Earlier this year she was sealed to Gabriel Price, her childhood sweetheart, in the Hamilton New Zealand Temple. 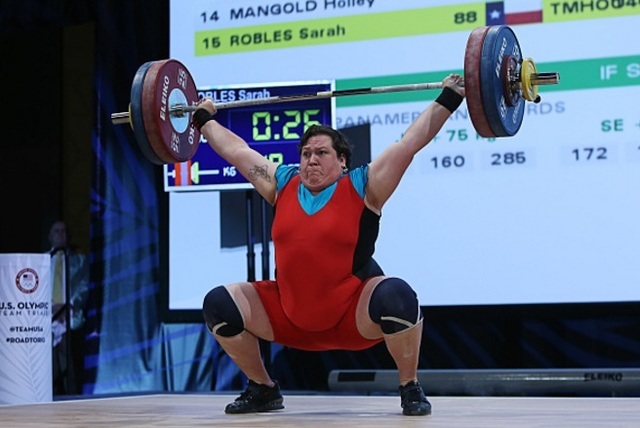 Having come in seventh place at the 2012 London Olympics, Robles returned to the Olympic field to show what she was made of.

Robles credits her focus on emotional and spiritual health as well as physical health with her overall performance. Before the Games, she received a priesthood blessing and recently received her endowment in July.

In fact, while she and Tim Swords, her Catholic coach, were studying scriptures, Robles found something that left an impact.

“I had a moment with my coach,” she said during a press conference. “We were reading scriptures together . . . it talked about using your faith as a foundation and using singing and dancing as a way to praise. And I’ve tried to view the platform as my spiritual foundation, and my lifts as singing and dancing and praising. I try to keep it in the right perspective and use my body to glorify my God.”

Robles, a top-ranked shot putter in college, didn't start doing Olympic-style lifts until just four years before her first Olympic appearance. When she showed up at the 2012 Games, she was the highest-ranked female weightlifter in the U.S. 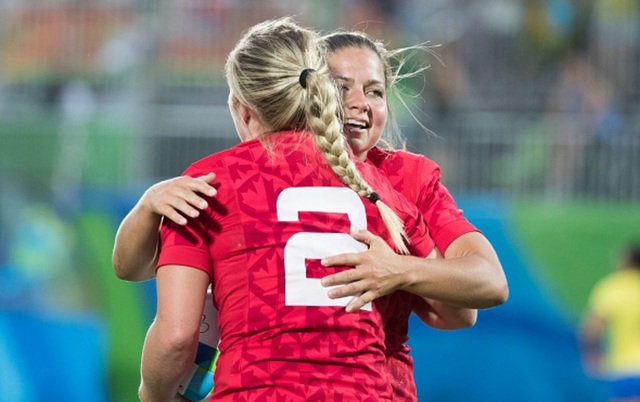 Ashley Steacy missed the entire 2015-16 World Series in women's rugby. Having suffered two recent injuries, including one that required surgery, there was some question as to whether Steacy would miss the 2016 Olympics as well.

But the 29-year-old from Lethbridge, Canada, wasn't going to let injury hold her back. In fact, she and her team just took home bronze in the 2016 Olympic Games.

"She's resilient," John Tait, coach of the Canadian women's rugby team, told CBC News. "She's the backbone of our defence and such a big important link in our attack."

In October, Steacy injured her knee in a training session that also injured two more of her team's players. After working her way back into playing shape, she injured her other knee in February, this time requiring surgery and another round of rehab. All of this after she had come back from a shoulder injury in 2014.

But Steacy hit the training room, making it back into shape to be on the Candian women's rugby team when they took bronze at the 2016 Olympic Games.

Steacy began playing rugby at age 15, after her best friend convinced her to try the sport. She has wanted to represent her country ever since she saw Canada's women's national team play in Calgary and she had her picture taken with Maureen McMahon and Gillian Florence.

While earning a degree in kinesiology from the University of Lethbridge, she became a three-time Canadian Interuniversity Sport Champion. In 2013 Steacy's team took silver in the second Women’s Rugby World Cup Sevens.

After recovering from her shoulder surgery in 2014, Steacy came back to become Rugby Canada’s Women’s Sevens Player of the Year.

There's no doubt Steacy knows how to come back from difficult times. And through it all, Steacy credits her husband Sean, whom she married in August 2011, for his support and helping her through it all.