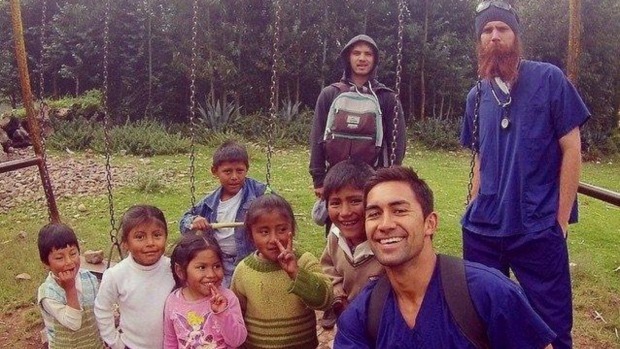 3 Maori RMs Featured on TVNZ for Giving Others Hope

Without context, this accomplishment might not sound like a newsworthy event. However, having come from disadvantaged communities where not many children dream of higher education, these men serve as an inspiration for Maori youth to pursue their dreams, no matter how ambitious.

Church member Arta Harris told Stuff, "Northland has a history of high unemployment and low education. Up here nobody believes Maori can make it. But with the right attitude and support system they can."

And their story has been gaining attention, getting featured on New Zealand's largest online news source, Stuff, as well as Mormon Newsroom. And recently, these three were featured on a TVNZ program, "Seven Sharp," which you can see here.

"That affect will flow onto Maori kids. They'll see other Maori normal kids doing the same things they did who are achieving cool things," Zanazir Alexander, one of the doctors, said on Stuff. "By being Maori myself it pulls down a lot of barriers immediately that discourage them from seeking help."

Ash Horsford, Maihi Brown, and Zanazir Alexander all served missions for the Church. Horsford served in Pert, Brown in the Philippines, and Alexander in Taiwan.

After returning home, they all set out on their path to becoming medical professionals, and, unexpectedly, along the way, they've found they've inspired many.