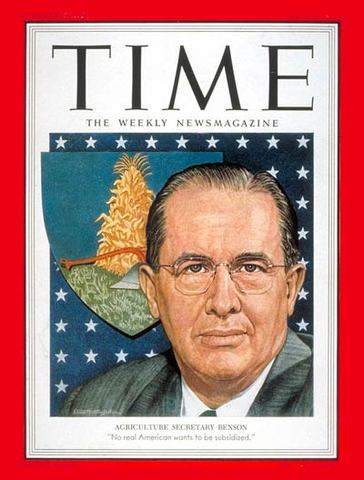 As a Latter-day Saint prophet and former Secretary of Agriculture, President Ezra Taft Benson was an intriguing figure. In fact, people were so interested in this prophet that he made it on the cover of Time magazine twice. 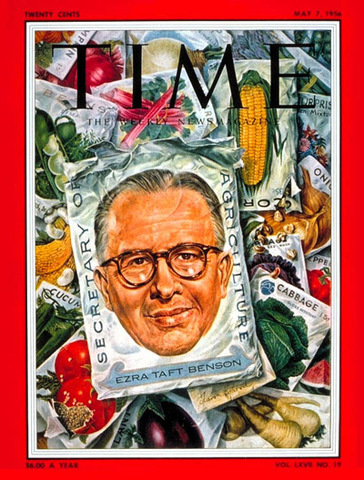 Though the articles highlighted his position as Secretary of Agriculture, they were not laced with job-envy. With increased food production following World War II, the government was still trying to regulate prices on crops in a way that would appease the economy and make farming a feasible occupation—which was no easy task.

However, the articles praise President Benson for his hard work in the face of scathing opposition and adversity comparable to the then-Secretary of State and Secretary of Defense, as the article notes. "Benson endures violent criticism with the demeanor of a Boy Scout leader (which he is) in a den of noisy cubs. He also turns the other cheek: last Christmas, he took pains to send a card to one of his most vitriolic critics, Columnist Drew Pearson, whom he studiously skips in reading the newspaper," the 1956 article praises. 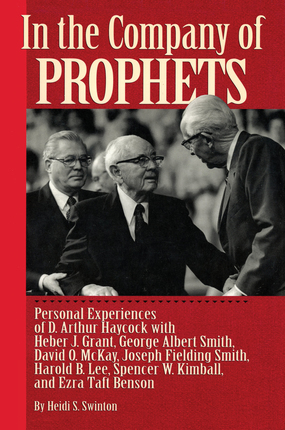 In the Company of Prophets provides an inside look at the lives and personalities of seven presidents of The Church of Jesus Christ of Latter-day Saints: Heber J. Grant, George Albert Smith, David O. McKay, Joseph Fielding Smith, Harold B. Lee, Spencer W. Kimball, and Ezra Taft Benson, from the perspective of D. Arthur Haycock, who worked with them all.